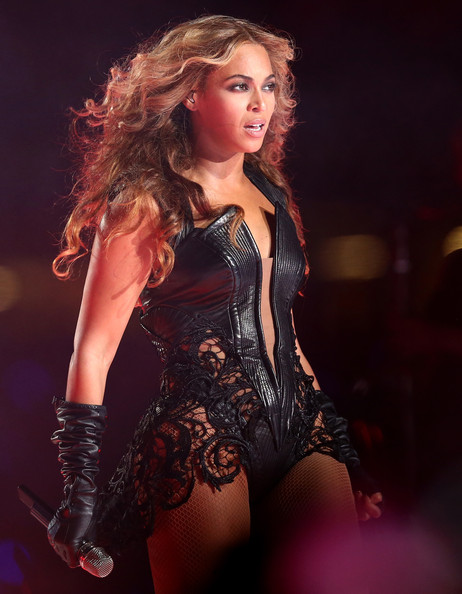 History has been made. Beyoncé shook the Mercedes-Benz Superdome in New Orleans for the Pepsi Halftime Show during Super Bowl XLVII on Sunday night. While the Baltimore Ravens and San Francisco 49ers players were working on strategy for the second half, all lights were on Mrs. Carter, as she thrilled with an all-out incredible performance.

Bey Ignited the stage with “Crazy in Love,” and turned up the energy backed by her troupe of dancers for “End of Time,” followed by the launch of a giant computerized screen which multiplied the superstar for “Baby Boy.”

The Destiny’s Child reunion was so real as Kelly Rowland and Michelle Williams made their surprise appearance, shooting up from under the stage to the eruption of the crowd. The DC ladies performed a medley of classics including “Bootylicious” and “Independent Women.” Kelly and Michelle helped Bey with “Single Ladies,” before she shut it down with a soaring rendition of “Halo,” and the stage transformed adding flowing electric blue hair from the two impressions of Bey’s face.