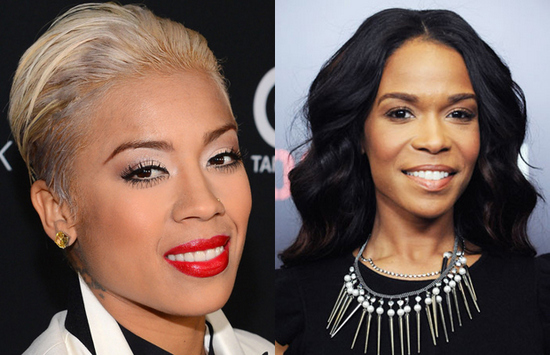 Michelle Williams may be tryin to shrug off Keyshia Cole’s twitter comment following the Destiny’s Child reunion performance at the Super Bowl, but Keyshia ain’t interested and she wants to clear the air about her comment. Following Michelle’s broad message on Facebook about ladies sticking together and supporting each other, KC doesn’t feel the comment is so sincere.

“Sounds about right! Cause I didn’t give a s— what she thought about my soul train performance when she spoke her s— RT @UrbanBelleMag: Michelle Williams says she doesn’t care what Keyshia Cole thinks about her SB performance,” Cole tweeted.

Keyshia continued by explaining that she’s never been a fan of Williams, but she kept her mouth shut until Michelle, as she claims, bashed her Soul Train performance.

“Gonna say this again! Michelle spoke on me first. So it was open season to state my feelings on her. I always felt that about her. Just never said it. Until she spoke on me,” she tweeted.

Will this continue or be old news by next week? Who knows, who even cares. But none of it is necessary.