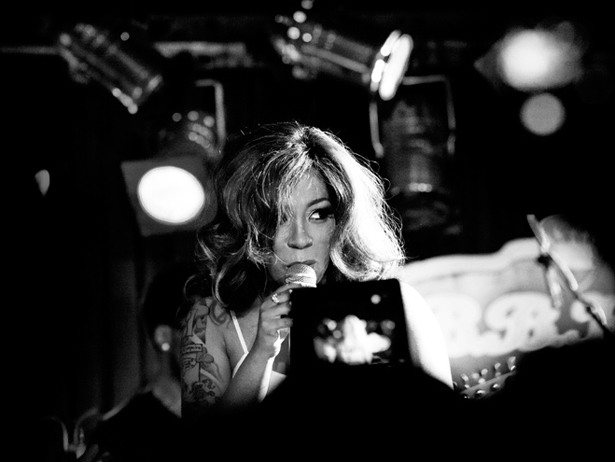 K. Michelle has already had quite the ride in her burgeoning music career. The Memphis bred singer/songwriter has surely benefited from her past relationship controversy and reality show fame, but if that’s what was needed for the world to take notice and really connect with her as an artist, than more power to her. In a world where talent alone won’t win the race, K has finally found the light she deserves. This past Tuesday K. Michelle headlined her own show at B.B. Kings in NYC and sold out the venue, with a mass of mostly female fans who lined the street waiting to be let in. The singer completely filled the house with an army of ride or die fans, latched on to her every note.

Upon taking the stage the room erupted in cheer, bringing the singer to tears in a truly emotional moment, “I promise to never disappoint y’all,” said K. Quickly getting back into performance mode she sung the early fan favorite, “You Gonna Learn,” backed by her impressive band. “We gon’ sing a lot of songs and have fun,” she told the crowd. Getting everyone in a mood to celebrate some of R&B’s best leading ladies she paid tribute to some of her favs, as she usually does, delivering a riveting rendition of Monica’s “Before You Walk Out My Life,” Brandy‘s “I Wanna Be Down” and Mary J. Blige‘s “Be Happy.”

The air in the room was about to change though when the two big screen projectors displayed a photo of NY Knicks player J.R. Smith. The two had a public relationship/break-up which she claims fueled inspiration for most of her debut album (see interview here). It was a comedic move though, one which is clearly reminiscent of Hot 97 Summer Jam days, and everyone ate it up as she belted out her ‘0 F*cks Given’ mixtape cut “Can’t Raise A Man.”

Two of the night’s standout moments were her debuts of new songs “Better Than Nothing” and “I Don’t Like Me,” from her forthcoming album Rebellious Soul, the later is a track that she describes as being “the most touching and sentimental” song she’s ever done. It’s about how a woman feels when she’s suffering from low self-esteem.

K doesn’t take herself so seriously that she just sings her setlist and then exits stage left. She likes to joke, have fun and talk to the people. For a break during her set she sung a quick opera song and later said, “Thank you very much. That was the coochie symphony.”

The night ended with K holding a meet-and-greet for the many fans that wished to wait around to shake her hand and take a photo or get an autograph, a very special moment for her die-hards. But the whole evening was a significant and memorable moment in her rising career which she will never forget. 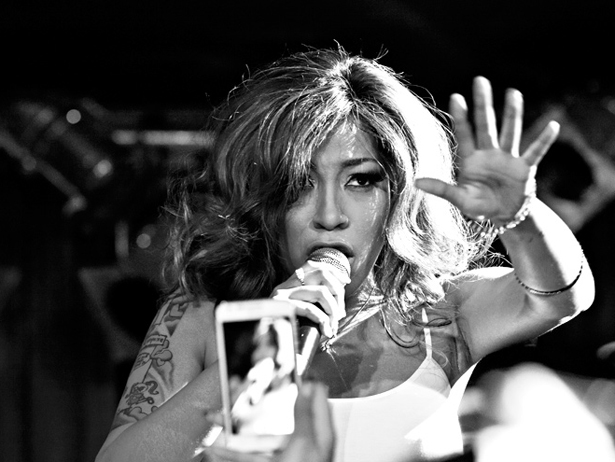 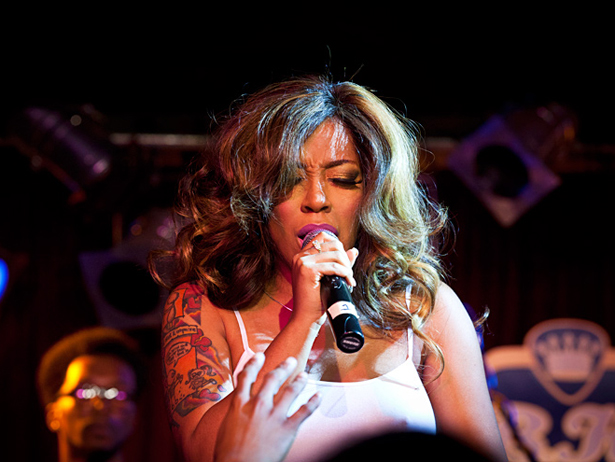