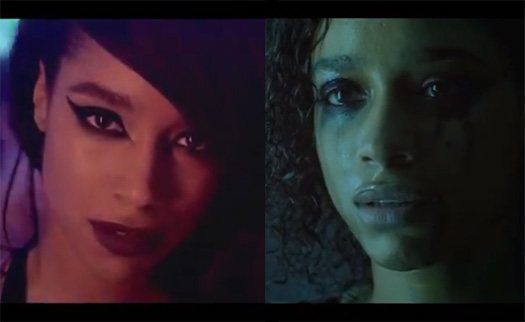 Lianne La Havas premieres the release of a two-part video series with Noisey.com and Essence.com for her singles, “Elusive” and “Gone“. The 22-year old UK soul singer’s debut album reached number 4 on the UK album charts, and was nominated for this years Mercury Music Prize.

“I’ve been collaborating with Lianne for more than a year now, but working on this project felt like something completely new. Lianne’s a brilliant storyteller, there’s a true cinematic quality to her songs. When you listen to them, you go through all these emotions and narratives, like a collection of short movies. We felt like it was finally time to build a world around these songs, give life to these love stories and let Lianne actually become these characters. Be it a candid young girl falling in love, or a heartbroken femme fatale in the middle of the woods. I feel fortunate for the trust relationship I have with Lianne, it’s something any music video director has to cherish because it’s rare and precious. Ultimately, that’s what allows an ambitious project like this one to exist.”

Watch both videos below…

Behind The Scenes: On-Set of RaVaughn's "Better Be Good" Video Shoot