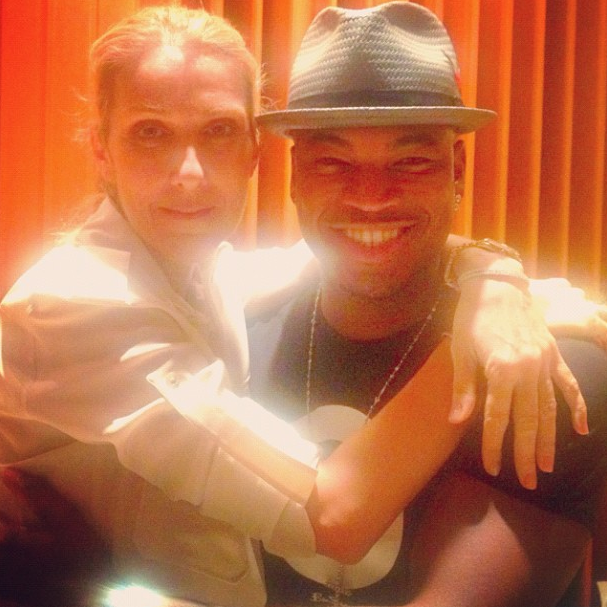 Ne-Yo has had his share of big moments in his decade long career, working with almost every big name in music, but mostly with the pen. The singer/songwriter has revealed a new milestone, he has recorded a duet with vocal queen Celine Dion. We first reported about the two being in the studio together last summer. When they previously worked together, Ne-Yo was only behind the lyrics, but now they will be sharing the mic together.

Speaking with the UK’s Digital Spy, Ne-Yo announced the upcoming collaboration. “The first time I worked for her I wrote a song for her, which in itself was surreal,” he said. “This time around I actually did a duet with her – it’s her and me on one song, which was a challenge to say the least! I was trying to figure what I was even doing there – why would they need my voice when they have hers?”

While very flattered, Ne-Yo had a moment of self-consciousness, “She wanted to do the song as a duet and I was flattered, but it definitely made me question my vocal ability.”

Video: Tinashe - "Who Am I Working For"