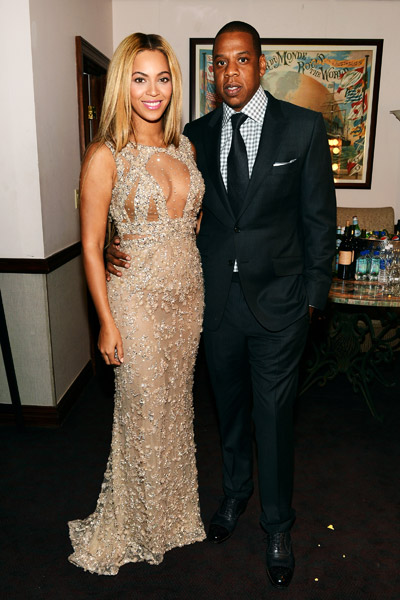 As much as we hate these rumors, you can’t deny the curiosity, and when the source is E! News, you hope, for their sake, they are right.  According to a report, the media company has received legitimate confirmation from a close anonymous source that Beyoncé is indeed pregnant with her second child with Jay-Z.

Rumors first began churning that the Grammy winner was with child when, earlier this month, she walked the red carpet at the Met Gala wearing a custom-made Givenchy gown that deftly concealed her stomach.

Speculation then went into overdrive Tuesday after Beyoncé was forced to cancel her Mrs. Carter Show performance in Antwerp, Belgium, after doctors advised her to rest “as a result of dehydration and exhaustion.”

The 31-year-old recently spoke out about the possibility of giving 1-year-old Blue Ivy a sibling, telling ABC News that she “would like more children” and explaining that she thinks her daughter “needs some company.”

Of course, there is no official statement or photos confirming the report, so you will have to wait and see if the Carter family really is expecting baby #2.