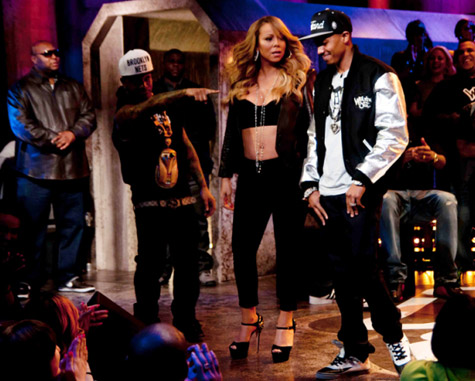 No one messes with Mariah. Nick Cannon learned the hard way when his wife surprised him on his MTV2 show “Wild ‘N Out.” The comedian was trying to flirt with his female co-star when Mrs. Cannon appeared from backstage with two bodyguards in tow.

“I will shut all this shit down!” said the pop diva as she pushed her hubby to the side.