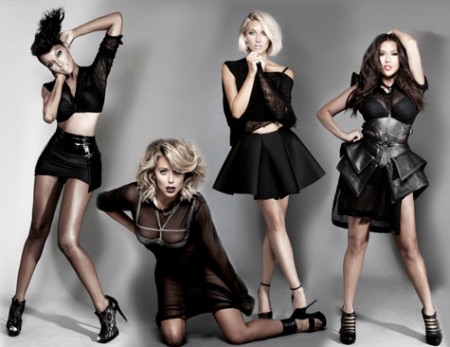 One of your favorite girl groups is back on the scene and making a lot of noise! The women of Danity Kane – with the exclusion of D.Woods – have announced their first concert in 5 years!

Get into the details after the jump!

While time may have moved quickly for the girls and things have definitely changed, it’s a sigh of relief for fans alike now that the news has broken about their tour. The girls announced earlier today that they will be performing at the House of Blues Sunset Strip in Los Angeles on December 16th. Although tickets have not formally gone on sale, fans can win VIP access by tweeting their favorite song along with the hashtag #DKLA.

When asked how they felt about the upcoming concert, the girls stated:

“We can’t wait to put on a killer show for the THE BEST and most loyals fans around.”

Since their appearance at the VMA’s in August, the former ladies of Bad Boy have been in the studio working diligently on their studio album. If it’s anything like the music we’re used to from them, then this album should be well worth the wait.

Will you be getting your tickets to the concert?

R. Kelly Performs "Do What U Want" with Lady Gaga on 'SNL'