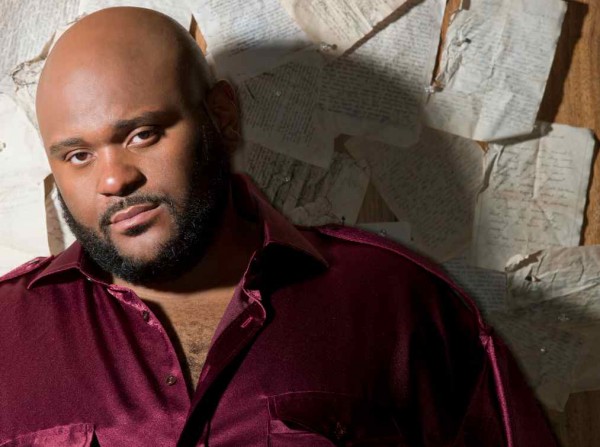 After being kicked off weight-loss reality show ‘The Biggest Loser,’ Ruben Studdard is back focusing on new music. The American Idol alum will be releasing a new album this coming February entitled, Unconditional Love, it was announced today by his label, Verve Records.

The first studio album from Ruben in two years will feature covers of beautiful standards, and two original tunes, one of which is the first single, “Meant To Be,” which will be released tomorrow, November 19. 16 time Grammy Award winning producer and Verve Records Chairman David Foster is one of several producers on the CD.

“Silky, classy, sexy, romantic–bring you to your knees–this is how I describe the incredible voice of Ruben Studdard. He feels every note and every word he sings. He is a man with an extraordinary voice,” commented Foster.

Unconditional Love is said to be filled with some of the most romantic songs Studdard has ever recorded including “My Love” by the Beatles, The Carpenters classic, “Close To You” which includes Stevie Wonder on harmonica and Bonnie Raitt’s poignant, “I Can’t Make You Love Me.” Additional tracks include a steamy version of Teddy Pendergrass’ “Close The Door” which was produced by singer Eric Benet who also produced Studdard’s breathtaking version of the Boz Scaggs hit “Look What You’ve Done To Me.” The album also contains a soaring duet with Lalah Hathaway of “With You I’m Born Again” which was originally recorded by Syreeta Wright and Billy Preston.

“Unconditional Love is my most romantic album yet. I’ve wanted to record many of these love songs for a really long time. It’s the most heartfelt album I’ve ever recorded and includes many of my favorite songs from all different eras,” commented Studdard.