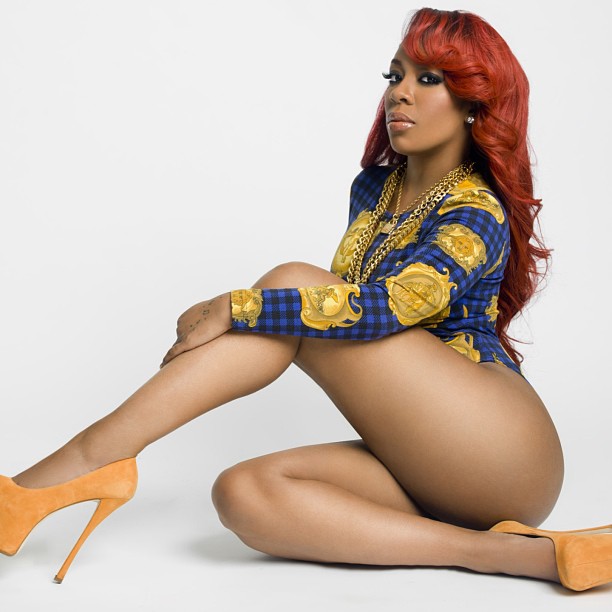 K. Michelle is not slowing down anytime soon, so all the Rebels better get ready for more new music from the R&B songstress coming soon after new years.

Taking to Instagram K revealed that she will be releasing ‘Still No Fucks Given,’ the sequel to her acclaimed 2012 mixtape ‘0 Fucks Given,’ on January 8. “All of this started from one little mixtape, 0 fucks Givin,” said the Memphis native. “As a special thank you, I think it’s only fair we continue this legacy. Jan 8, 2014 I will present to you Still No Fucks Givin. Boy do I have a lot to say!”

She was supposed to release a Christmas edition of her debut album Rebellious Soul, but wasn’t able to complete it in time. “I know u all wanted a Christmas Album,but I’m a perfectionist and there was just no time left in the day 4me to get it PERFECT,” said K. Instead, she released a two-song holiday bundle including the original song “Christmas Night” and her soulful cover of “O Come All Ye Faithful.”

Additionally, her next Rebellious Soul single “Can’t Raise a Man” will hit radio in January, and she is taping for her upcoming VH1 reality show “No New Friends.”

Tags: k. michelle,Mixtape,still no fucks given