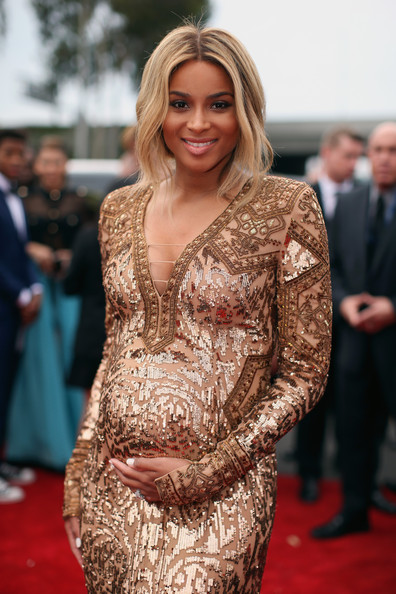 The Grammy Awards are as much of a celebration of music, as they are a platform for artists to show off their unique fashion style. This year’s Grammys brought out many of the industry’s biggest stars on and off camera, and many iconic figures, including Paul McCartney, Stevie Wonder, Smokey Robinson and Madonna.

Sunday night was definitely a night that fashion and music reigned supreme. After seeing some of the styles that artists have been strutting around in during the pre-Grammy events, we could only hope that their red carpet attire would be just as graceful.

While last year’s Grammy’s birthed some of the most talked about styles of the year (refer to Kelly Rowland’s flawless gown), stars did their best to hold up to the tough act to follow.

As always, Ciara – who appeared in a a gorgeous gold Pucci gown – was looking incredible as she was glowing with her baby bump. Tamar Braxton also looked stunning in her strapless red Michael Costello gown. Other stylish attendees of the red carpet include John Legend and wife Chrissy, Alicia Keys and Swizz Beatz, R&B divas Faith Evans and Chrisette Michele, Mack Wilds, Anthony Hamilton, Ariana Grande and more.

Take a look at some of the styles from Sunday night’s big show after the jump: