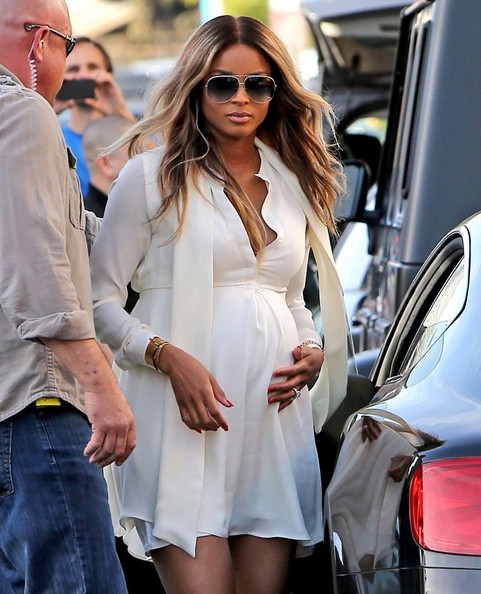 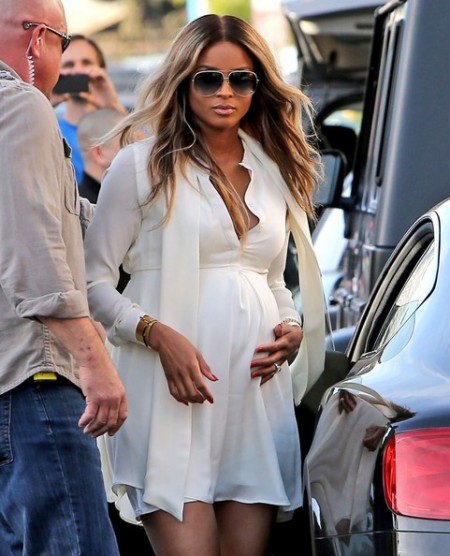 While it’s only been a few weeks since Ciara confirmed her pregnancy rumors, the singer is out and about flaunting that accessory! We must say though, she’s totally cute with it!

Glowingly while strutting through L.A. in a white long-sleeved dress, Cici was on caught on camera rolling around with Kim Kardashian, as they filmed for the upcoming season of E!’s Keeping Up With The Kardashians.

Taking a stroll through West Hollywood, the duo stopped in to famed baby store Bel Bambini as they shopped for baby attire. Walking out empty handed, Kim and Cici caught up with one another and Kimmy even gave some advice to the mom-to-be.

While the newest season of the famed show has not yet been announced as to when it will air, we’re thinking that it will most likely be after Ciara gives birth to her bundle of joy. Could this appearance also be opening up the door for some reality TV for the singer? Only time will tell!

Peep more pics of their day date below:

LeToya Luckett Hits the Studio with Future & Mike Will Made It