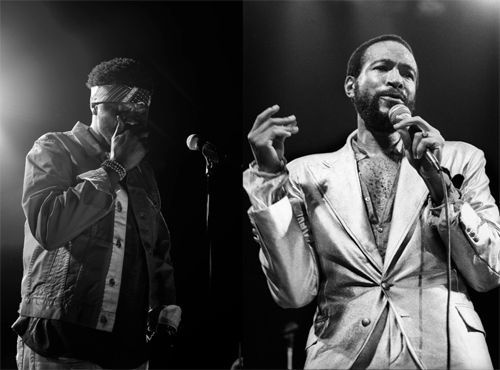 With good news comes more good news! BJ The Chicago Kid was so inspired by his 3 GRAMMY nominations that he has decided to gift fans with a brand new song, called “Uncle Marvin.”

Inspired by and featuring vocals from Marvin Gaye, the track features a sample from Marvin’s “Cleo’s Apartment,” as BJ soulfully thanks his woman for still loving him.

Yesterday’s announcement of the GRAMMY nominations saw BJ receive 3 nods including Best R&B Album, Best R&B Performance and Best Traditional R&B Performance. Earlier this year the Motown singer/songwriter was featured on a re-imagined duet version of Marvin’s song “What’s Going On” for a special 10” vinyl EP of What’s Going On in celebration of the classic albums 45th anniversary.

Take a listen to the soulful “Uncle Marvin” below.