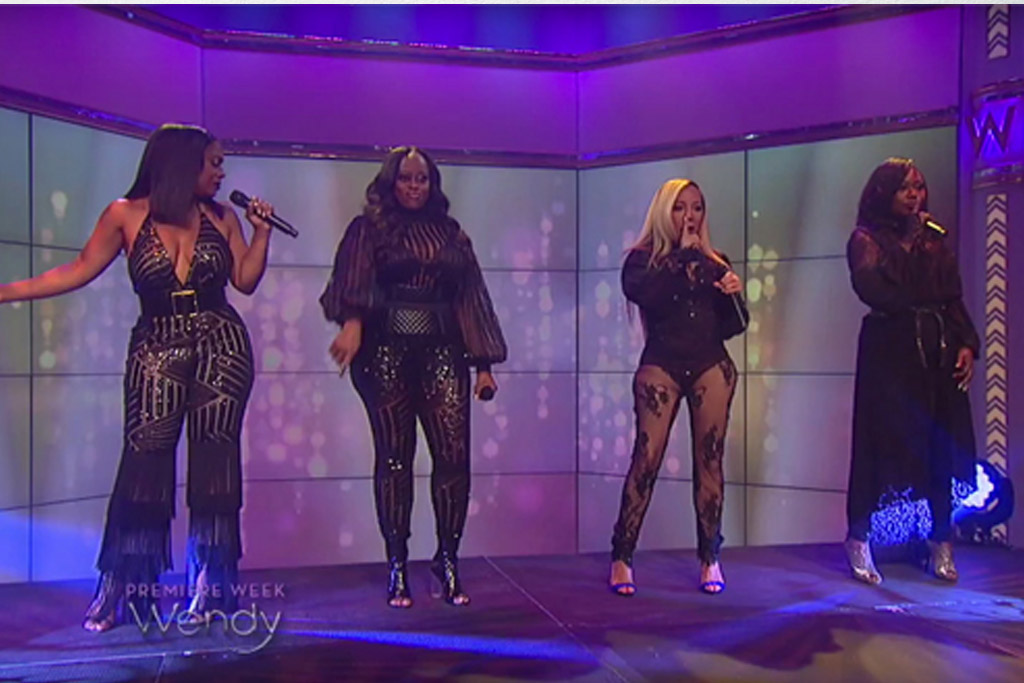 For their first daytime television interview since reuniting after 18-years, Xscape were special guests on “The Wendy Williams Show” on Friday.

Sitting down with the outspoken talk show host, all 4 members — Kandi Burruss-Tucker, Tameka “Tiny” Harris, and sisters LaTocha and Tamika Scott opened up about their past breakup, and what led to some of the drama between them. The ladies also spoke about finally reuniting after nearly 2 decades over the unofficial biopic about the career that is still coming out. Additionally, they gave some more details on their anticipated new reality show, which is scheduled to premiere Nov. 5 on Bravo.

The series will give fans a full behind-the-scenes look at their comeback, including performances in New Orleans, Detroit and prepping for their much anticipated, newly announced national headlining tour, “The Great Xscape Tour.”

After clearing up some more rumors, the R&B quartet took the stage with a medley performance of their classic hits, “Little Secrets” and “Understanding.”  They haven’t skipped a beat, and gave the audience a stellar taste of what to expect on tour.

Watch Xscape’s appearance on “Wendy” below.