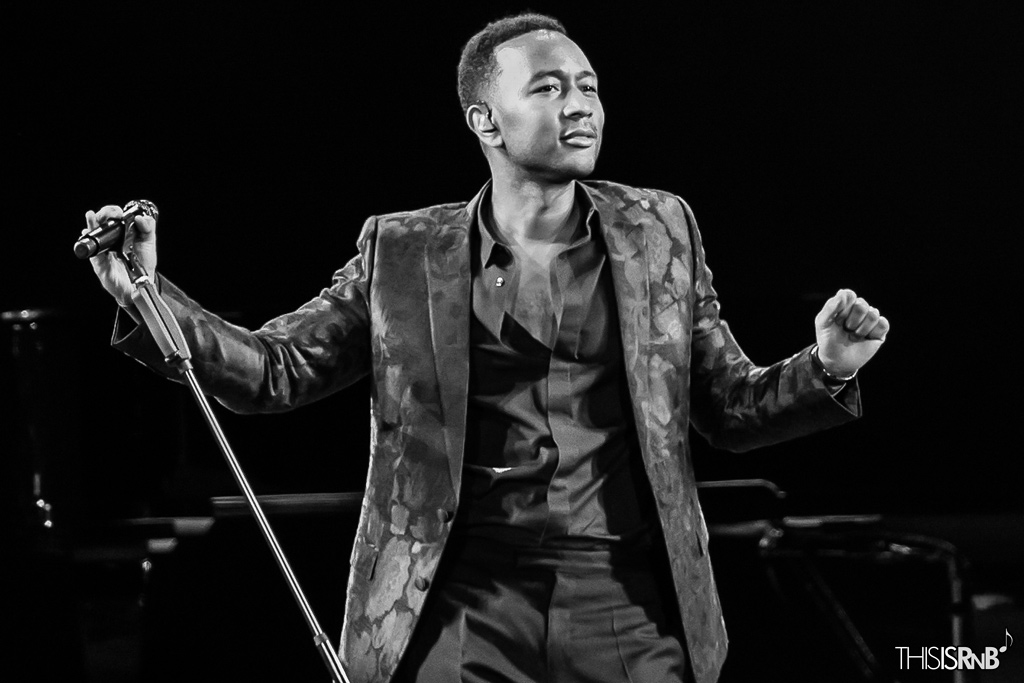 John Legend brought his “Darkness and Light Tour” to Paris on Wednesday night.

Performing at the AccorHotels Arena the R&B crooner gave another riveting show in the middle of the U.K. and European leg of his tour, which he kicked off on September 8 in Glasgow.

Opening on stage behind his grand piano, Legend performed tracks off his 2016 Darkness and Light album including “I Know Better,” “Overload” and of course the commanding single “Love Me Now.” Wearing a black suit and cleverly open shirt, he played the sensuality card on the sexy groove of “Penthouse Floor.”

Surrounded by musicians and chorus singers throughout his set, John later settled at the piano once again for superb performances of the classic ballads “Ordinary People” and “Save Room.”

Legend will close out the European leg of his world tour on Oct. 14 in Lisbon, Portugal and then head to South Africa for 5 shows in November.