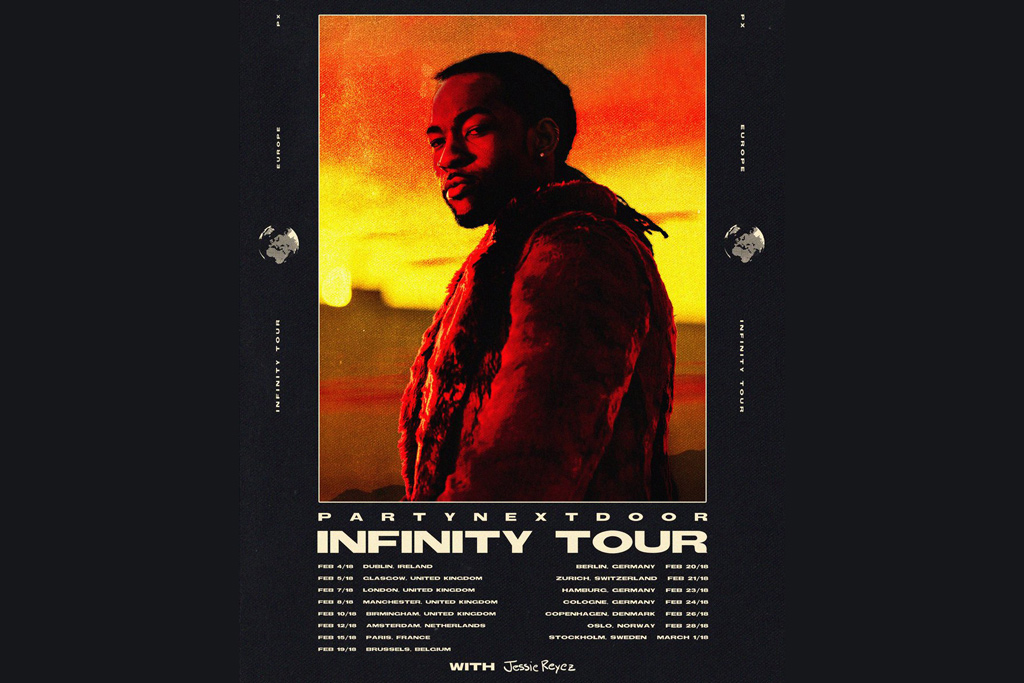 PARTYNEXTDOOR will be bringing his talents across the pond in 2018. The Canadian crooner is currently touring the U.S. with Halsey, but to the delight of his faithful followers he has announced of his headlining “Infinity World Tour.”

Opening on February 4 in Dublin, Ireland, the 15-date trek is scheduled to travel through Europe, including the United Kingdom, Netherlands, France, and Germany, before concluding March 1 in Stockholm, Sweden.

Rising Toronto star Jessie Reyez is set to join him as a special guest on the first leg. Tickets for the tour go on sale Friday (Oct. 13).

North American fans can catch PND on Halsey’s “hopeless fountain kingdom Tour,” which started last month. The trek is set to continue across the U.S. and Canada until Nov. 22, when it ends in Cleveland.