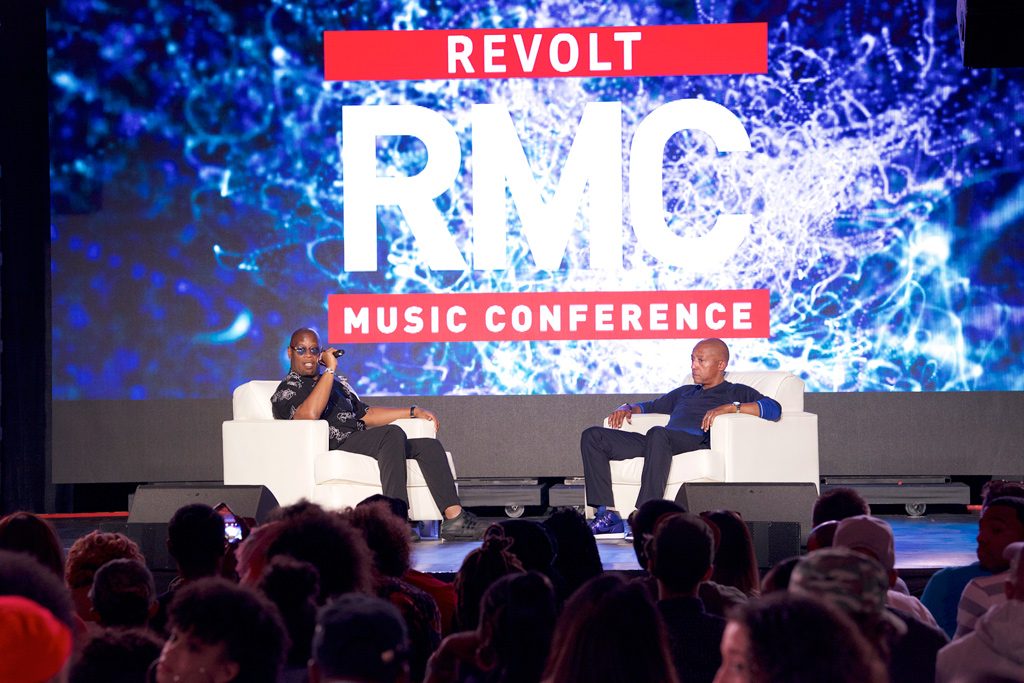 The 4th Annual Revolt Music Conference took over South Beach this weekend and it was lit!

Hopefully you were able to catch some of the festivities on our Instagram Stories this weekend. If you weren’t here’s a quick recap of the 4 packed days of panels, performances, networking, and free Ciroc!

Thanks to Revolt’s Chairman and Vice Chairman, Diddy and Andre Harrell respectively, this year’s RMC was the best it’s been thus far.

On Thursday (Oct. 12), RMC17 kicked off with a bang as all the attendees were treated to the #BeHeard Talent Competition featuring new artists from across the country. Afterwards, they were welcomed personally by Diddy with performances from King Combs, 21 Savage, and French Montana. The Opening Ceremony also awarded French with a key to the city of Miami Beach and positive vibes as conference goers got a taste of what it’s like to party with Puff.

Friday (Oct. 13), was the first full day of activities with panels and keynotes that featured some the industry’s best and brightest including Kevin Liles of 300 Ent., Angela Yee of the Breakfast Club, Ted Lucas of Slip-n-Slide Records, and Yvette Noel-Schure of Schure Media Group. Along with the panels, Revolt hosted an all day pool party that featured performances from two of our favorite up and coming acts, Teenear and Jake & Poppa.

Of course, Puffy couldn’t end Day 2 of the conference without a party– a yacht party hosted by 2 Chainz, to be more specific. Celebrating in ideal Miami fashion, the party went on into the wee hours of the morning as Revolt continued to celebrate the merging of all the best, brightest, and freshest faces of the music industry.

Saturday (Oct. 14), was arguably the best day of the entire weekend. The 2017 installment of the Revolt Music Conference brought us an eye-opening “Hip Hop vs. Trump” panel that featured T.I., David Banner, Karen Civil and Joey Bada$$, while Diddy gave his State of the Union on “How To Get To The Bag!” Aside from the information that was flowing at the panels, the party was still going on by the pool with performances by rising stars Justine Skye, Mack Wilds and Jordan Bratton.

On the last day of the festival, October 15, Revolt hosted a short film festival for aspiring young filmmakers that was judged by Mack Wilds, Lauren London, and Benny Boom. One lucky winner was awarded the title of “Best Young Filmmaker” and personally received advice and critiques from these film industries heavy hitters.

We can’t wait until next year to see how Revolt can make their annual Music Conference bigger, better, and even more fun!