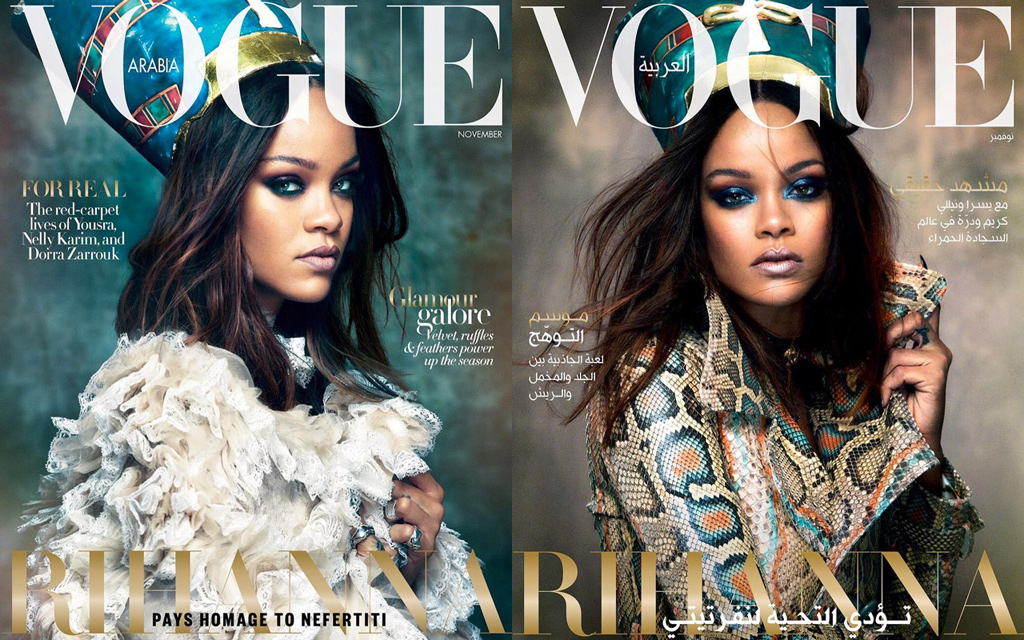 All hail Queen RiRi. Rihanna gets regal as she channels Queen Nefertiti on the cover of Vogue Arabia’s November issue.

Photographed by Greg Kadel, the international superstar gives a gorgeous glare while wearing Gucci paired with a custom Faeth Millinery-designed headpiece that pays tribute to Neferneferuaten Nefertiti, the ancient Egyptian queen that RiRi has tattooed on her ribcage.

Vogue Arabia‘s editor-in-chief Manuel Arnaut spoke on the importance of Rihanna’s appearance on the cover. “We are dedicating the issue to strong and dynamic women who are changing the world,” he says. “Rihanna, our cover star, is one of them.”

Arnaut goes on to explain how it isn’t just Bad Gal’s success or beauty that makes her a world-changing icon. “Not only is she one of the most successful pop icons ever, shaping the entertainment industry with her powerful tunes and unique sense of style,” he writes, “she is also an advocate for diversity.”

The singer’s reverence for the legendary Queen is unsurprising. Ruling in Ancient Egypt next to her husband Pharaoh Akhenaten almost 3,500 years ago, Nefertiti still reigns as one of the most beloved figures from the Middle East. Known for her unmatched beauty — Nefertiti means “the beautiful one has come” — the Ancient Egyptian queen, who had a very active role in the country’s political sphere, is the picture of women’s empowerment. 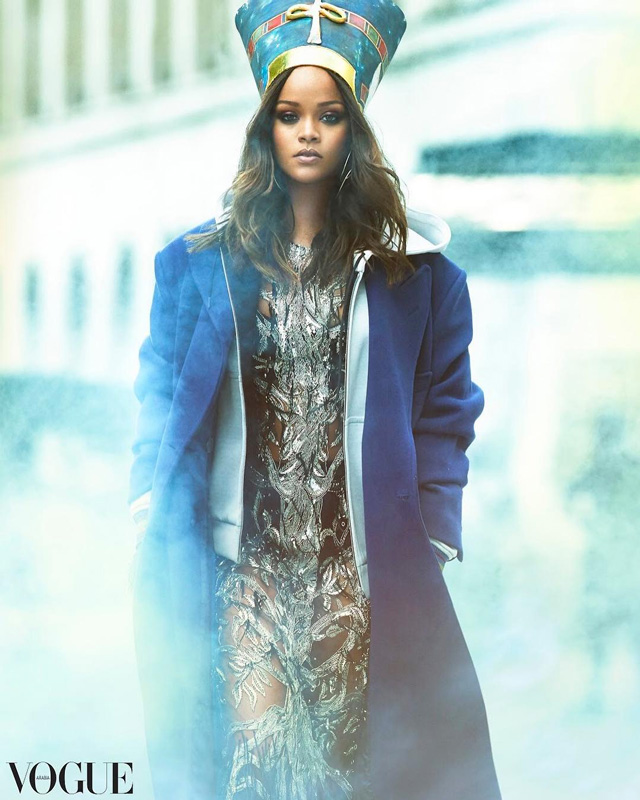 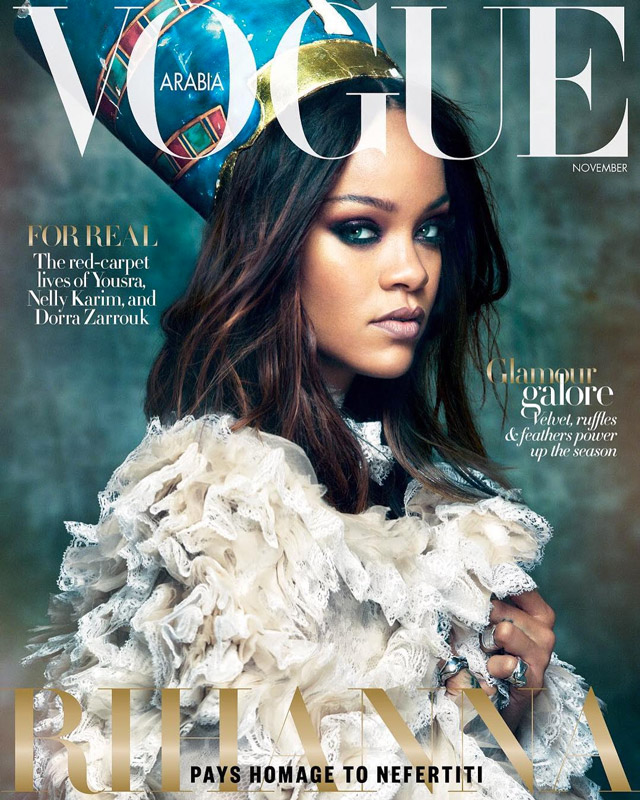 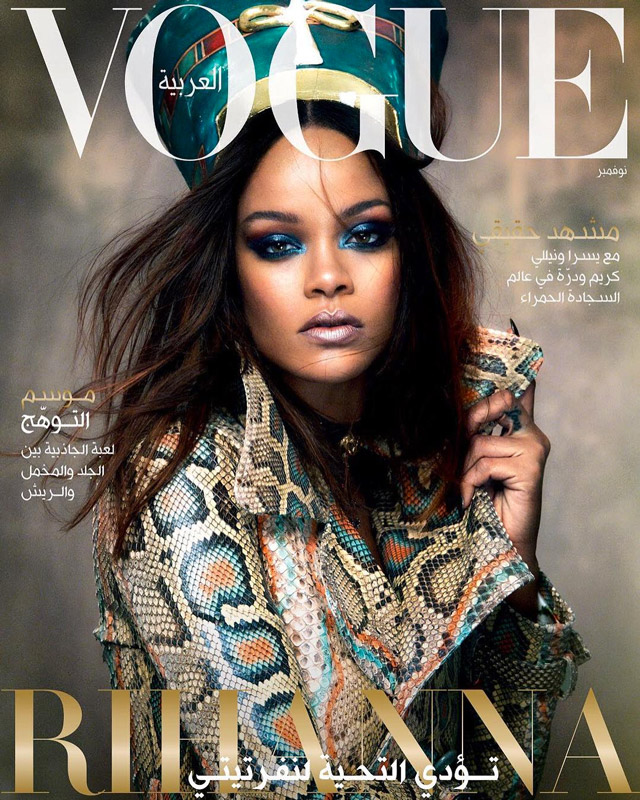