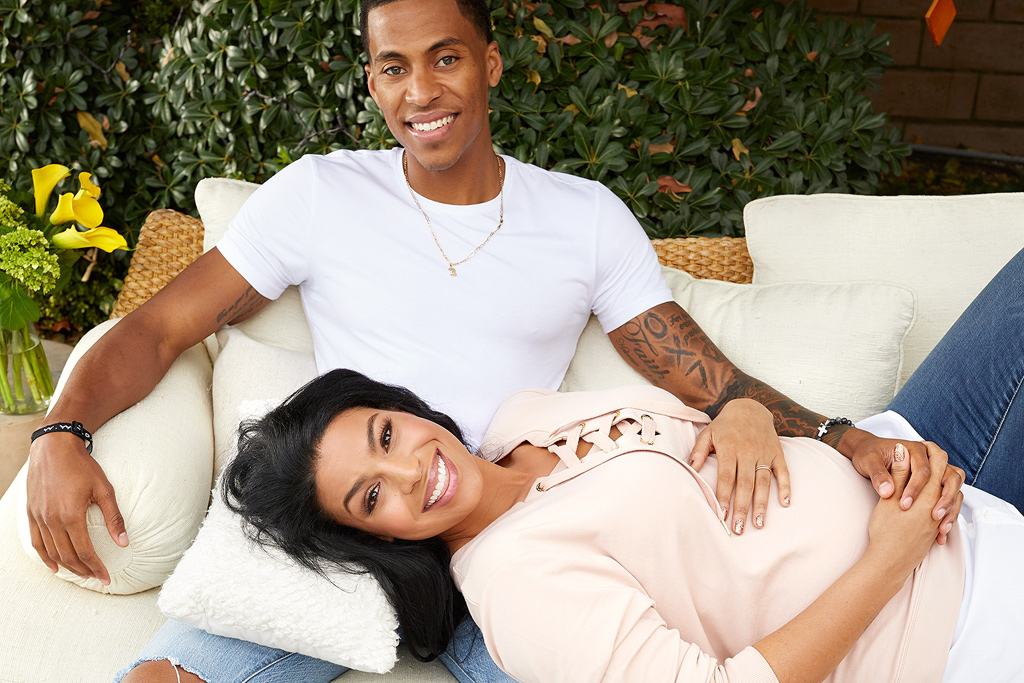 The former “American Idol” champ has announced that she is not only married to her aspiring model beau Dana Isaiah, but that she is also expecting the couple’s first child.

“We’re both really excited,” she told PEOPLE. “He’s been like, ‘I want to shout it from the mountain tops!’ We’re really proud to be married to each other and to be celebrating this.”

The couple met for the first time this past Easter and bonded over their families and faith.

“A couple days after we had actually met, I was like in my head ‘That’s going to be my husband! That’s my husband right there,’” she explained. “When I’m with him, I feel comfort and safety and calm and peace, and those aren’t things that I normally felt. So it was a little wake-up call for me.”

They secretly got married on July 16 in Hawaii and they found out that they were expecting their first child in August.

“It was about five days after he moved to L.A. He comes in and I go ‘I’m pregnant.’ It was such a shock for both of us. I turned around and started bawling in the closet,” said Sparks. “It’s been really crazy because everything changes. Everything has been so crazy and fast-forward. Once we got over the initial shock of it, now again just like it is with the marriage, to be able to share that this amazing thing is happening, it’s such a great thing. We did this together!”

Congratulations #JordinSparks! ? The #AmericanIdol winner is married—with a baby on the way! ? Tap the link in the bio for all the details. |?: @michelson_ari