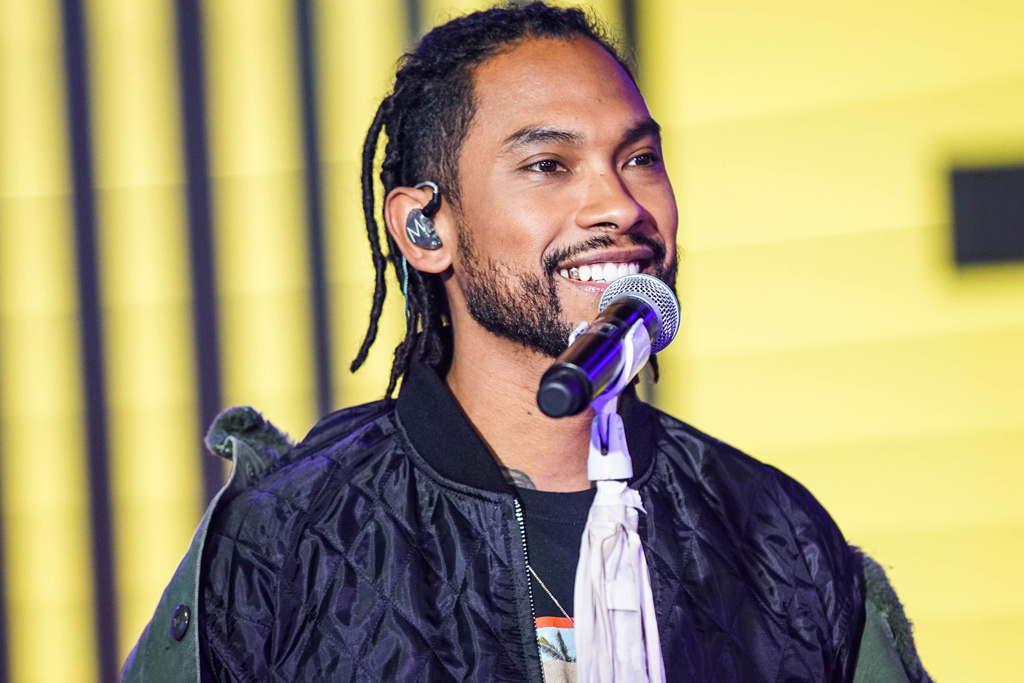 With his anticipated new album due out on Friday, Miguel paid a visit to MTV’s new “TRL” this week for a special performance.

Taking to the stage with his 3-piece band, the R&B maverick splished for the camera’s with a groovy live rendition of his funky new single “Pineapple Skies.”

In addition to his performance, the Los Angeles crooner opened up about his trip to Mexico–where he visited a radio station that his grandmother used to sing on, his thoughts feelings about the new Grammy nominations, plus he played a game of First/Last, where he revealed his first love and revealed a song that he wishes he had written.

Miguel’s fourth studio album War & Leisure is due out on Friday, Dec. 1. Check out his visit to “TRL” below.