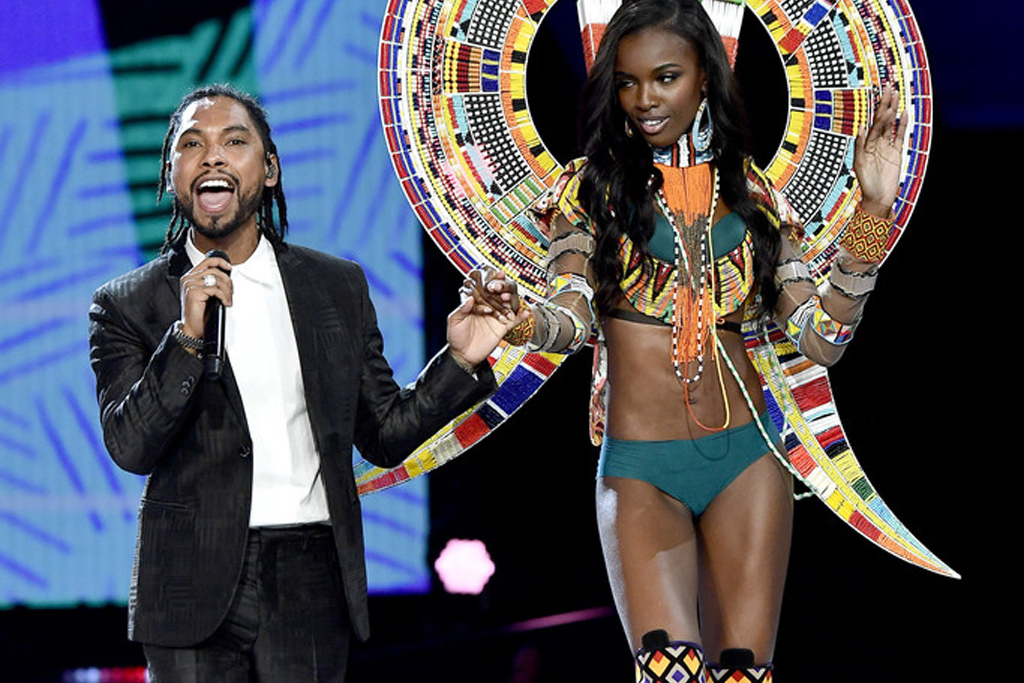 Performing as part of the show’s Nomadic Angels segment, Miguel rocked out to his latest release, “Pineapple Skies.” Joined by Yundi Li, the dapper crooner flirtatiously delivered a crowd-pleasing performance of the melodic and funky banger as models like Bella Hadid and Stella Maxwell strut down the colorful catwalk.

Afterwards, Miguel continued the party with a lively rendition of his single “Told You So.” Clad in sexy lingerie, models like Adriana Lima, Jasmine Tookes, and Elsa Hosk floated across the runway in vibrant ensembles. The show balanced glamorous scenes with chaotic backstage footage for a docu-series feel.

“Pineapple Skies” and “Told You So” are both set to appear on Miguel’s upcoming album War & Leisure, which is due Friday. The performances were a taste of his upcoming “The War & Leisure Tour,” which is set to kick off in February.