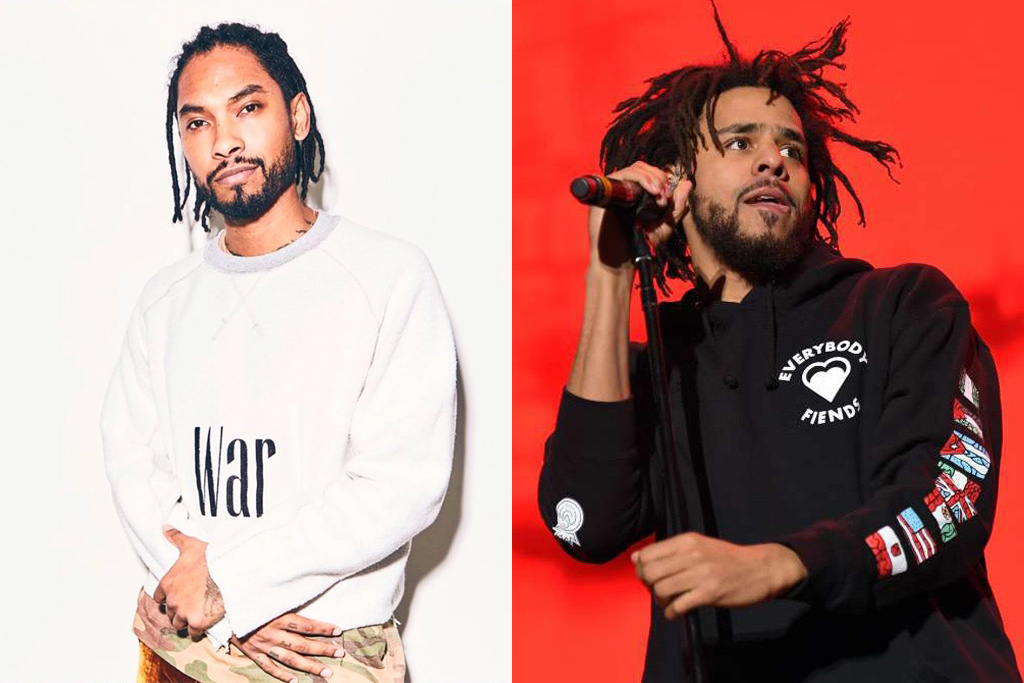 Miguel revisits his Salaam Remi collaboration “Come Through and Chill” by teaming up once again with his friend J. Cole.

The latest early leak off the R&B maverick’s anticipated album War & Leisure is the duo’s third song together following “Power Trip” and “All I Want is You.”

Over the mellow production, Miguel asks an unknown woman to “Come Through and Chill.” “Hello stranger, it’s been a minute since we last kicked it,” he sings. “By the way, just got in town / And I won’t let cumulus clouds all in the sky ruin my vibe / Usually, I don’t do this often / But since we’re coolin’, is it an option?”

Cole offers his own lady friend a similar proposition, but takes time out to speak about important issues in the process. “Know you’ve been on my mind like Kaepernick kneelin’ / Or police killings, or Trump sayin’ slick shit,” he raps. “Manipulatin’ poor white folks because they ignant / Blind to the struggles of the ones that got the pigment / Lately I’ve been stressin’ ’cause it seems so malignant.”

Miguel beamed about the reunion during an interview with Beats 1. “He’s good energy,” he said. “I think that’s one of things that as fans of music, we really care when someone can capture our energy and take what they’re feeling and translate it. He’s always been exceptional at that. And so when he comes on, as like you said, when I first heard his verse too, I was like see. And then what he’s saying is just spot on. I think that’s what it is. Beyond music, I fuck with Cole, he’s fucking with me. We’re friends on the outside of this. Yeah. It’s an honor to have him as a friend, not only in music, but in general.”

The Los Angeles crooner went on to reveal that there are a total of five collaborators on his forthcoming fourth studio album, two of which are women.

Featuring “Sky Walker” with Travis Scott, War & Leisure is due Dec. 1. See the tracklisting below.

O F F I C I A L pic.twitter.com/hiutfzWqRx

New Video: Ledisi - Add To Me