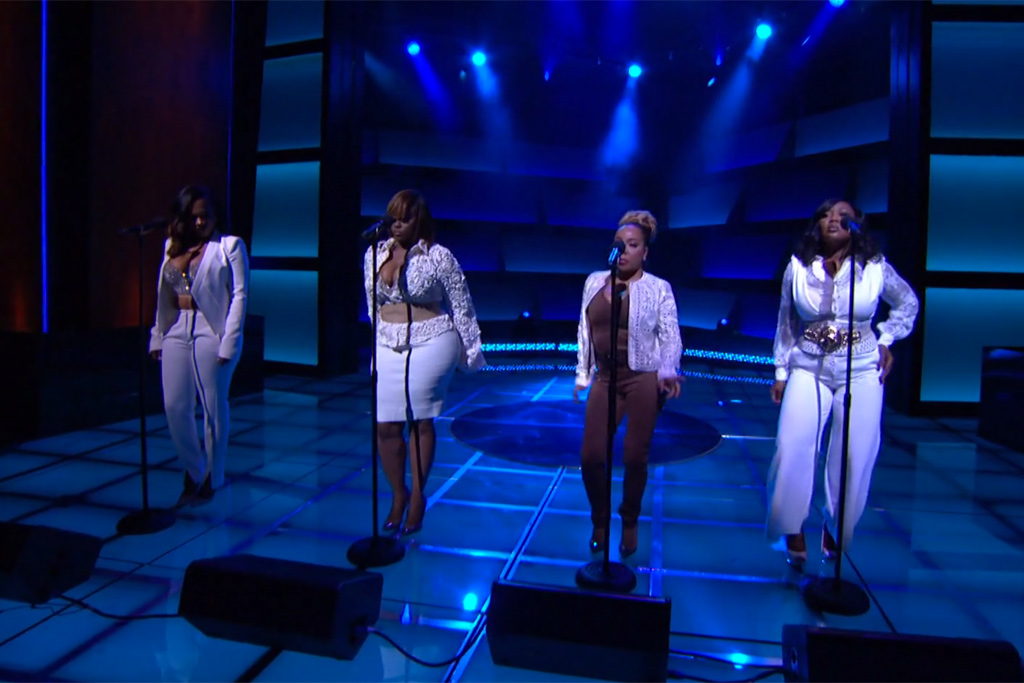 Xscape keeps the television performances going this week with an appearance on the Steve Harvey show.

The R&B legends gave fans a glimpse into what they can expect from the quartet on their upcoming “The Great Xscape Tour” with a performance of their ’95 classic cover of “Who Can I Run To.”

Dressed in stunning white outfits, the ladies showed what everyone has been missing with an outstanding vocal performance, led by the Scott sisters.

In addition to their performance, Xscape sat down for an interview with Steve, where they spoke about their comeback, upcoming movie, relationship with Jermaine Dupri and more. As a big surprise for the girls, the TV host delightfully informed them that the city of Atlanta–their hometown–has officially proclaimed Nov. 6 as Xscape day.

Check out their performance and the announcement below:

Kicking off later this month, Xscape will hit the road on their 22-city reunion tour. Joined by Monica and Tamar Braxton, the trek will travel across North America opening on Nov. 22 in Richmond, VA and close out in Los Angeles at the Microsoft Theater on January 6, 2018.

Fans can now catch up with the group and watch their comeback on the Bravo TV reality series, ‘Xscape: Still Kickin’ It,’ which premiered this past Sunday.

So how did you guys enjoy episode 1 of Xscape Still Kickin it? Show love RT pic.twitter.com/CT04vGZXf1