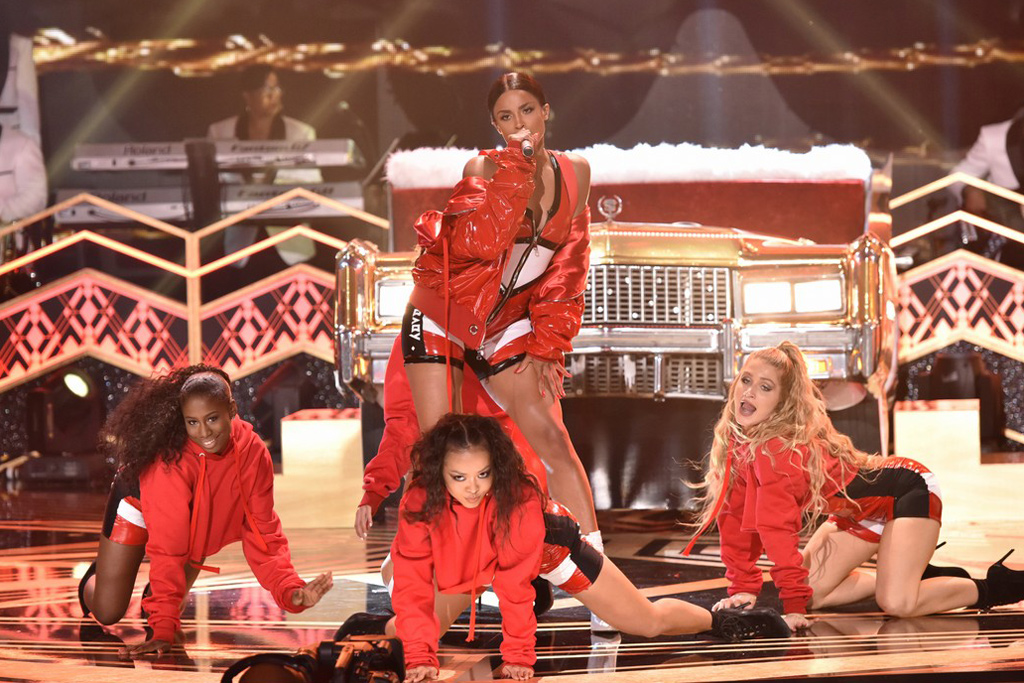 After bringing good cheer and some fancy footwork to Disneyland, Ciara continued spreading the Christmas spirit with a sexy, twerk-heavy performance of “Santa Baby” that included a “Goodies” dance break.

But, she was only a third of the crunk holiday performance that included surprises from Salt-N-Pepa and The Ying Yang Twins, who had the whole venue on their feet dancing along.