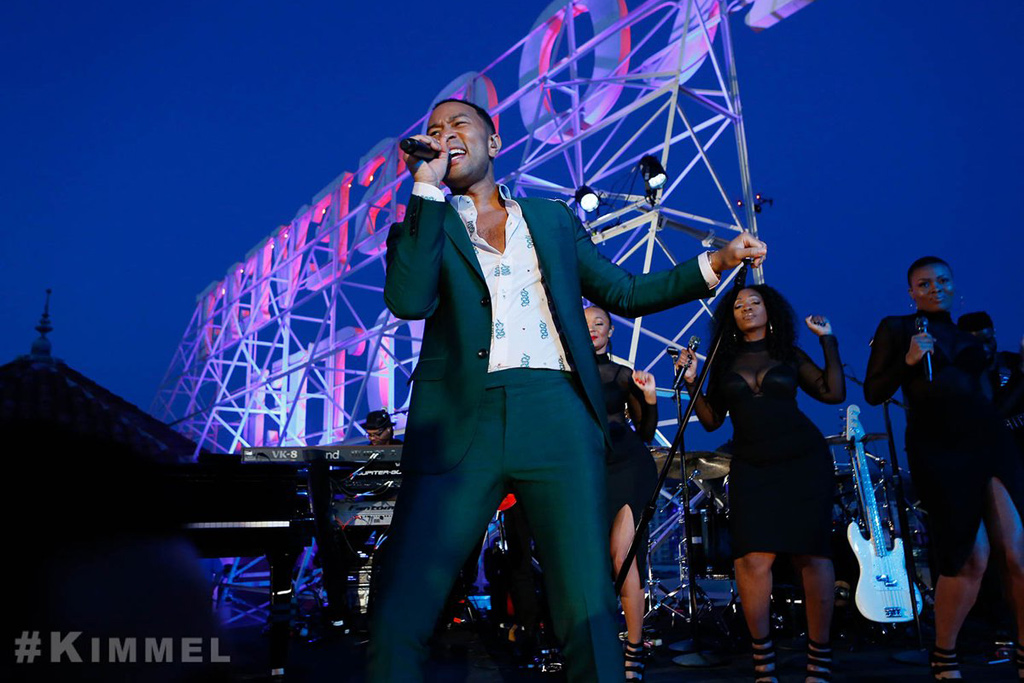 As the musical guest on Wednesday night’s episode of “Jimmy Kimmel Live!,” John Legend raised the bar of late night performances with a rooftop concert!

Live from the roof of the famed Roosevelt Hotel in Los Angeles, the R&B crooner opened his set with the sexy single “Penthouse Floor.”

“I feel so good tonight Los Angeles,” said John. “I’m so glad you came to elevate with me tonight, let’s elevate!”

Joined by his full band and background singers, the view was stupendous as Legend gave an impressive performance, belting out each song with his rich croon. He followed up with a euphoric rendition of “Love Me Now” and sensual rendition of “Overload,” both off his 2016 album Darkness and Light.

Sitting down at the piano for the first time, Legend closed the set with his massive 2013 hit, “All of Me.” Watch the full set below.