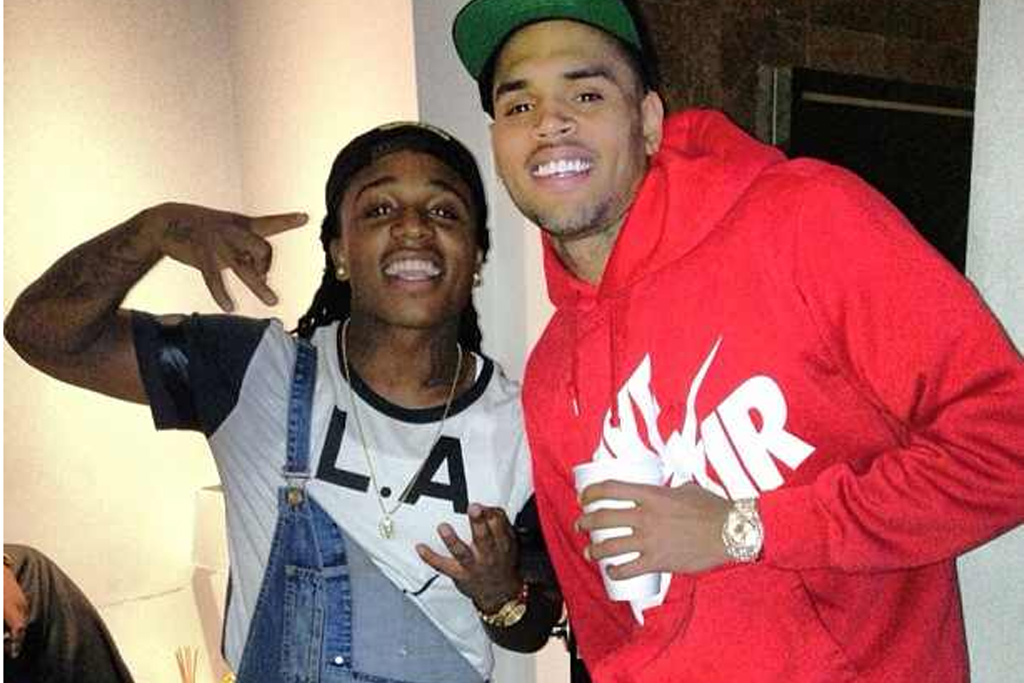 Chris Brown and Jacquees are joining forces to f%&# up the R&B mixtape game in 2018. The singers have just about announced plans for a collaborative project.

Taking to IG, they both posted a video clip sitting inside of Breezy’s toy-filled studio, teasing a snippet of a new collaboration about threatening a cheating girlfriend. “You got no shame, stake out your hideaway,” sings Jacquees. “Bring that A.K. / Chopper sounds just like an 808 / I need more bass / You done fucked up / I’m crazy, this house a gun range.”

Brown adds to the deadly revenge theme. “You better be gone, better be gone when I figure out your hideaway / I done found out you be going where that ni**a stay,” he sings. “…I’m about to catch a case / I’m speeding down the highway.”

We dropping a mixtape fuck it ??‍♂️ @chrisbrownofficial

Jacquees confirmed that a full project is in the works. “We dropping a mixtape fuck it,” he wrote, while Brown added, “we family so we gone fuck this r&b shit up.”

The Cash Money crooner is expected to release his much-anticipated debut album 4275 later this year. He was recently nominated for R&B Song of the Year for “B.E.D.” at the 2018 iHeartRadio Music Awards.

Chris Brown is coming off his massive 57-track album Heartbreak on a Full Moon, and he’s already teased a set of new songs this month.

Would you rock with a mixtape but Breezy and Quees???