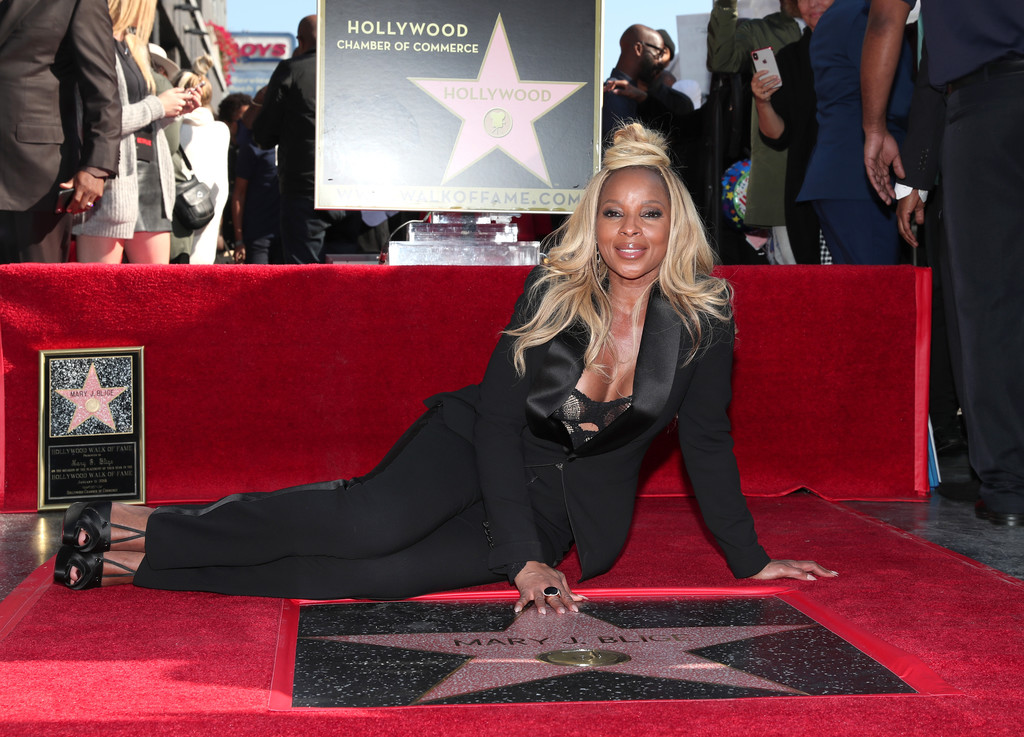 In a long overdue ceremony on Thursday (Jan. 11), Mary J. Blige received the best birthday gift ever, as she was presented with her star on the Hollywood Walk of Fame.

The unveiling was a joyous and surreal moment for the Queen of Hip-Hop Soul, who celebrated the milestone with family and close friends. Diddy, Andre Harrell, Tyrese, Jimmy Jam & Terry Lewis, and Angie Martinez were some of the celebrities on hand to help honor Blige.

“This is a celebration, a celebration of our queen,” said Diddy. “This is about our sister getting her star on Hollywood, getting her true recognition. This thing is also about family. We’ve been through a whole lot. We started from nothing. I used to pick Mary up from the projects. I had me a Volkswagen Rabbit. I had two rims on it. I couldn’t afford four. We would drive down the highway in New York and just dream. We would say, ‘We wanna be somebody. We wanna be big. We wanna be something for our people. We wanna come and shake up the world.’ And we did that.”

The Queen also spoke on what has been dubbed Mary J. Blige Day in Hollywood, explaining why this moment is particularly special. “I’m so grateful for this star right now, because I’ve earned it probably three times,” said a humbled Blige. “But I’m so grateful that I have it. I’m so grateful. I say that with confidence, not arrogance. I say that because I know it now, I know my worth, and I understand what this means.”

Blige is currently in the midst of promoting her critically-acclaimed film Mudbound. The multifaceted star was nominated for two Golden Globes for her work in the Netflix production, including Best Supporting Actress – Motion Picture and Best Original Song.

New Video: K. Michelle - No Not You