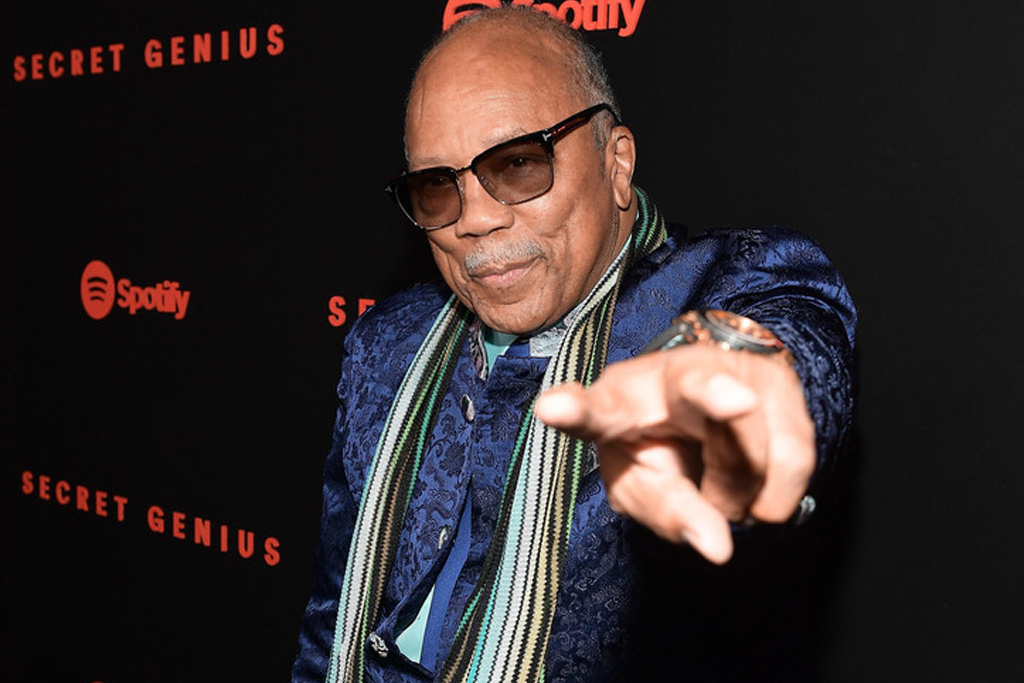 The G.O.A.T. has opened up like never before! In his own way of breaking the internet, music and entertainment icon Quincy Jones shared some very honest, candid and at times controversial comments in a deep new interview with Vulture.

Jones has been giving interviews recently, including conversations with young creatives like Khalid. However, his latest is filled with jaw-dropping revelations, stark opinions, and some harsh realities. While he said he hated to get into it publicly, Quincy was forthcoming in statements about Michael Jackson, explaining why he viewed him as a “greedy” person who “stole a lot of songs.”

“Michael stole a lot of stuff. He stole a lot of songs,” he said. “[Donna Summer’s] ‘State of Independence’ and ‘Billie Jean.’ The notes don’t lie, man. He was as Machiavellian as they come. Greedy, man. Greedy. ‘Don’t Stop ‘Til You Get Enough’ — Greg Phillinganes wrote the c section. Michael should’ve given him 10 percent of the song. Wouldn’t do it.”

He also shared very honest truths about The Beatles and U2, but celebrated Bruno Mars, Kendrick Lamar and Chance the Rapper.

Read some excerpts below.

ON MICHAEL JACKSON’S PLASTIC SURGERY: “I used to kill him about the plastic surgery, man. He’d always justify it and say it was because of some disease he had. Bullshit.”

ON MICHAEL JACKSON’S CHILDHOOD: “He had a problem with his looks because his father told him he was ugly and abused him. What do you expect?”

ON THE BEATLES: “I remember once we were in the studio with George Martin, and Ringo had taken three hours for a four-bar thing he was trying to fix on a song. He couldn’t get it. We said, ‘Mate, why don’t you get some lager and lime, some shepherd’s pie, and take an hour-and-a-half and relax a little bit.’ So he did, and we called Ronnie Verrell, a jazz drummer. Ronnie came in for 15 minutes and tore it up. Ringo comes back and says, ‘George, can you play it back for me one more time?’ So George did, and Ringo says, ‘That didn’t sound so bad.’ And I said, ‘Yeah, motherfucker because it ain’t you.’ Great guy, though.”

ON MUSIC TODAY: “It’s just loops, beats, rhymes, and hooks. What is there for me to learn from that? There ain’t no fucking songs. The song is the power; the singer is the messenger. The greatest singer in the world cannot save a bad song. I learned that 50 years ago, and it’s the single greatest lesson I ever learned as a producer. If you don’t have a great song, it doesn’t matter what else you put around it.”

ON MODERN ARTISTS HE LIKES: “Bruno Mars. Chance the Rapper. Kendrick Lamar. I like where Kendrick’s mind is. He’s grounded. Chance, too. And the Ed Sheeran record is great. Sam Smith — he’s so open about being gay. I love it. Mark Ronson is someone who knows how to produce.”

THE GREATEST MOMENT OF HIS LIFE: “It was the first time they celebrated Dr. King’s birthday in Washington, D.C., and Stevie Wonder was in charge and asked me to be musical director. After the performance, we went to a reception, and three ladies came over: The older lady had Sinatra at the Sands, I arranged that; her daughter had my album The Dude; and then that lady’s daughter had Thriller. Three generations of women said those were their favorite records. That touched me so much.”

Read the full interview on Vulture.