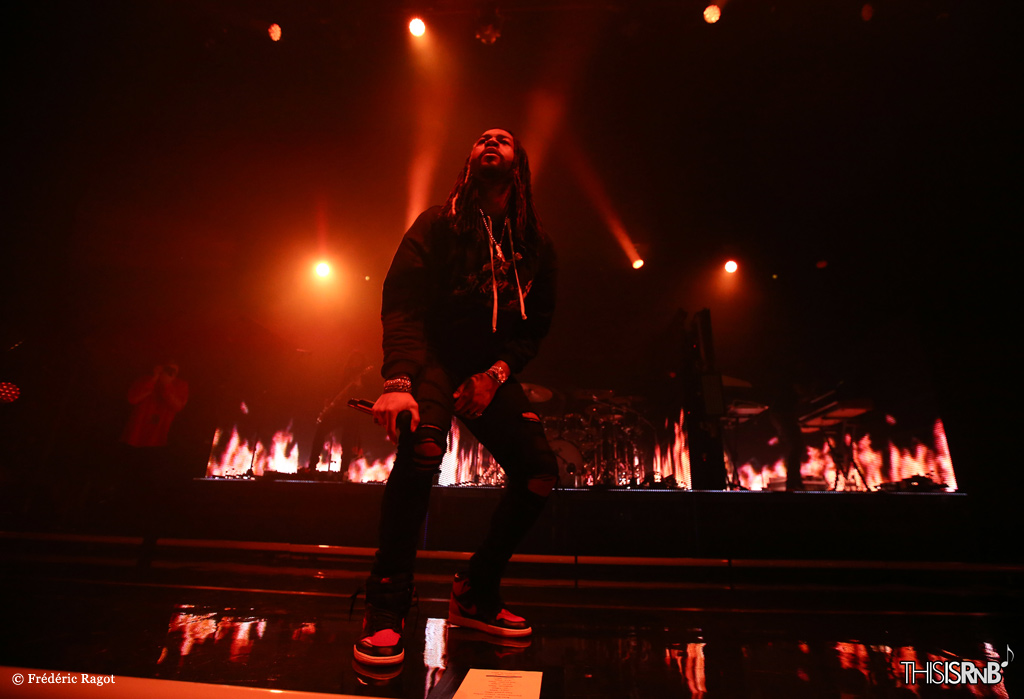 PARTYNEXTDOOR kicked off his “Infinity World Tour” at the beginning of February and after a slew of U.K. dates he took the trek to Europe. On February 15, the OVO star brought his sounds to Parisian fans with a sold out show at L’Olympia in Paris.

In support of his 2017 EPs Seven Days and COLOURS 2, the 24-year-old Canadian crooner took the stage with his 3-piece band, including a guitarist, drummer, and keyboardist. Rocking an all-black outfit consisting of a hoodie sweatshirt, ripped denim jeans and classic black and red Air Jordan 1s, PND kicked off the night with his popular hit single “Recognize.”

His set ran over 20 songs deep, with plenty of fan favorites and underground hits, such as “Not Nice,” “Break from Toronto,” the Halsey-assisted “Damage,” “Wus Good / Curious,” “Freak In You,” and collaborations like Majid Jordan’s “One I Want,” Major Lazer’s “Run Up” and Drake’s “Preach.”

He even performed some of the recent hits that he penned for Rihanna, including “Work” and “Wild Thoughts,” which caused large cheers from the crowd.

Party closed the show with the Grammy-nominated “Come and See Me.” Buzzing Toronto singer-songwriter Jessie Reyez was the show’s opening act, as she is supporting the tour through Europe.