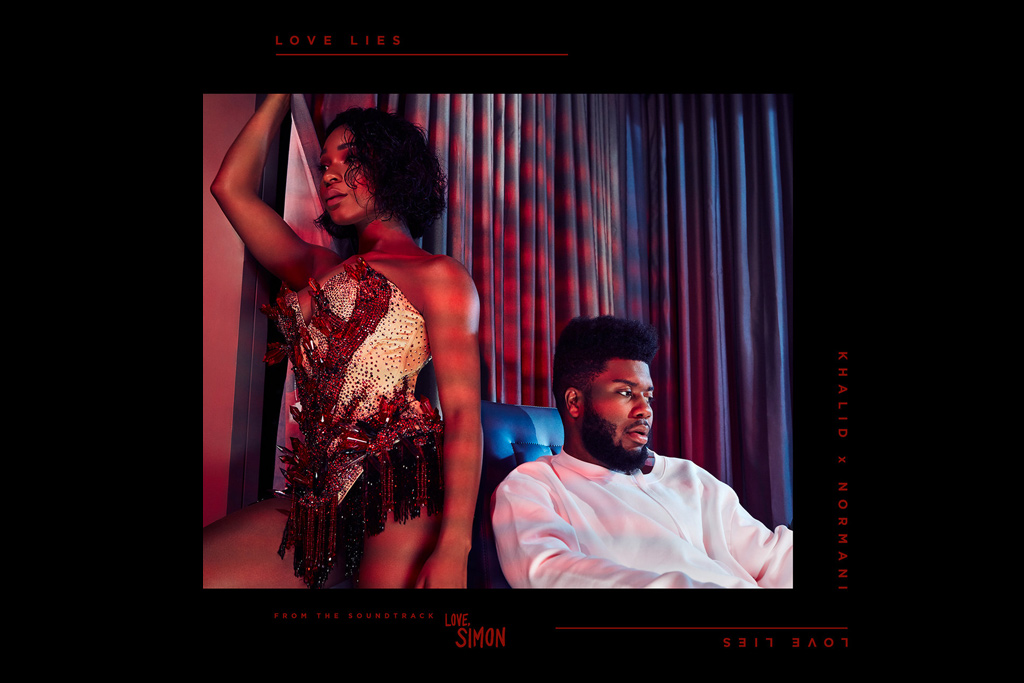 Khalid and Normani Kordei are a match made in heaven. In honor of Valentine’s Day, the soulful singers join forces on “Love Lies,” their anticipated collaborative single off the upcoming Love, Simon soundtrack.

“Sorry if it’s hard to catch my vibe,” sings Khalid. “I need a lover to trust, tell me you’re on my side / Are you down for the ride?” Normani responds: “I’ve been so into your mystery / Is it because of our history? / Are you into me?”

The melodic track was produced by Bleachers’ Jack Antonoff, who is executive producing the soundtrack for the coming-of-age film, which stars Nick Robinson, Katherine Langford, Jennifer Garner, and Josh Duhamel.

According to the Fifth Harmony songstress, the collaboration came together naturally. “He is definitely such an amazing soul and I think that’s why this record means so much to me personally, and I know that it means a lot to him as well,” she told Beats 1. “It’s just because we’re genuine friends. This wasn’t an A&R or somebody just putting us in a room together and being like ‘Yo, make something dope!’”

Their initial meeting led to a special bond that resonates on the song. “The moment that we saw each other, it was like we were instantly best friends,” added Khalid. “She’s just she’s so like me in so many different ways and we have so much fun together and she’s so honest and so real and just nice. There’s not a lot of nice people in the world but she’s definitely one of the nicest.”

Love, Simon is due in theaters March 16. Take a listen to their duet below.