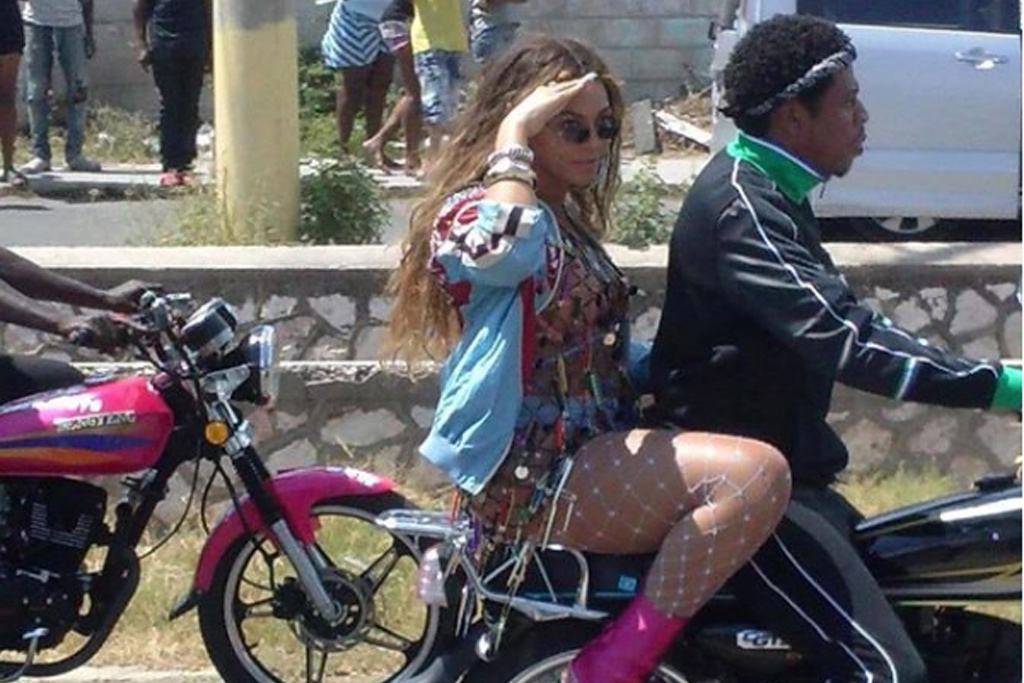 Beyoncé and JAY-Z have the world going crazy over their new “On The Run Tour,” and now fans are speculating if they will finally release their long rumored joint album. On Tuesday (Mar. 20), the Carters were in Jamaica where they were filmed by fans riding a motorcycle together in Kingston, potentially filming their own new video content for the tour.

Queen Bey was stylish as always riding on the back of the bike, donning cutoff shorts, fishnet stockings, pink boots, and small sunglasses. The iconic songstress waved at fans and blew kisses on set. Meanwhile, Jigga drove around Trenchtown, looking cool in a tracksuit from Big Sean’s new PUMA collection.

The Carters were reportedly filming video content for their upcoming “On the Run II Tour,” according to TMZ. Additionally, they will be shooting more content at Tuff Gong, Bob Marley’s home and studio, according to the report.

PressPlay: R&B's Greatest One Hit Wonders, From The Early 2000's