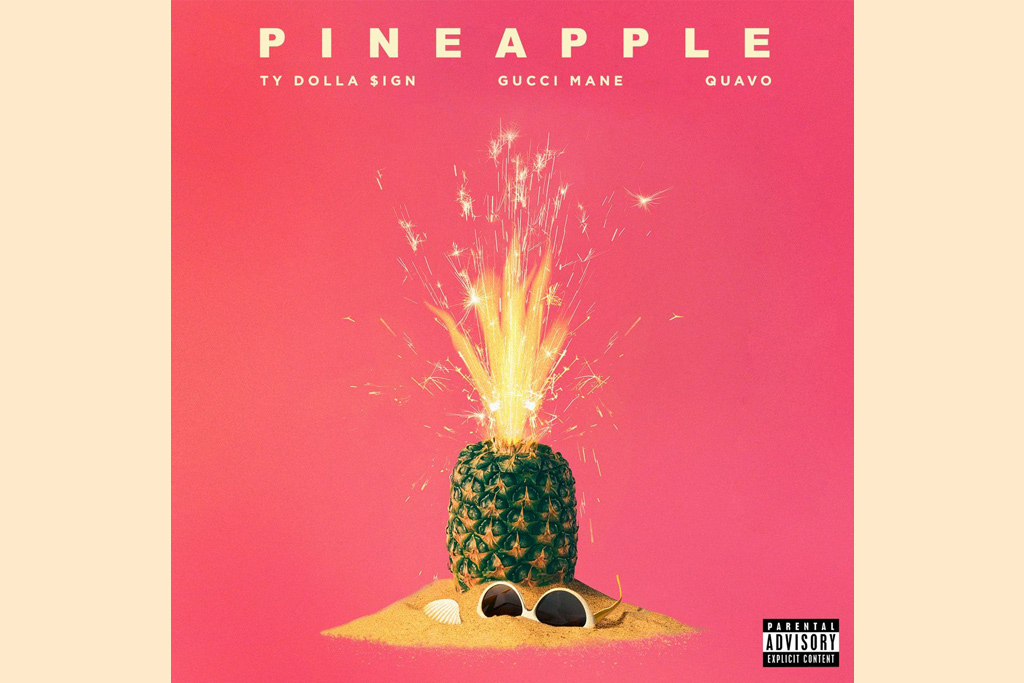 Ty Dolla $ign goes from the Beach House to the trap house with “Pineapple,” his surprise new single featuring Gucci Mane and Quavo.

Guwop sounds off about the collaboration on the first verse. “Beach House to the trap house,” he raps. “She might need a chiropractor, I’ma beat her back out.”

Dolla handles the chorus and also second verse with a similar vibe. “I know you got some good pussy, from how you walk,” he rap-sings. “I’ma just hit it right now in the parking lot.”

Quavo rounds out the cut with even more pineapple talk. “All of a sudden y’all n***as ballin’ and stuntin’,” he reflects. “That’s what she wanted / Ain’t no opponents, ball player like the Hornets.”

Dolla, who also appears in the video for Tinashe’s French Montana-assisted single “Me So Bad,” is currently on his “Don’t Judge Me Tour.” After wrapping that, he will join G-Eazy and Lil Uzi Vert on “The Endless Summer Tour,” starting July 20.

Plus, Ty isn’t done promoting Beach House 3. A David Camarena-directed video for “Don’t Judge Me” featuring Future and Swae Lee is due soon.