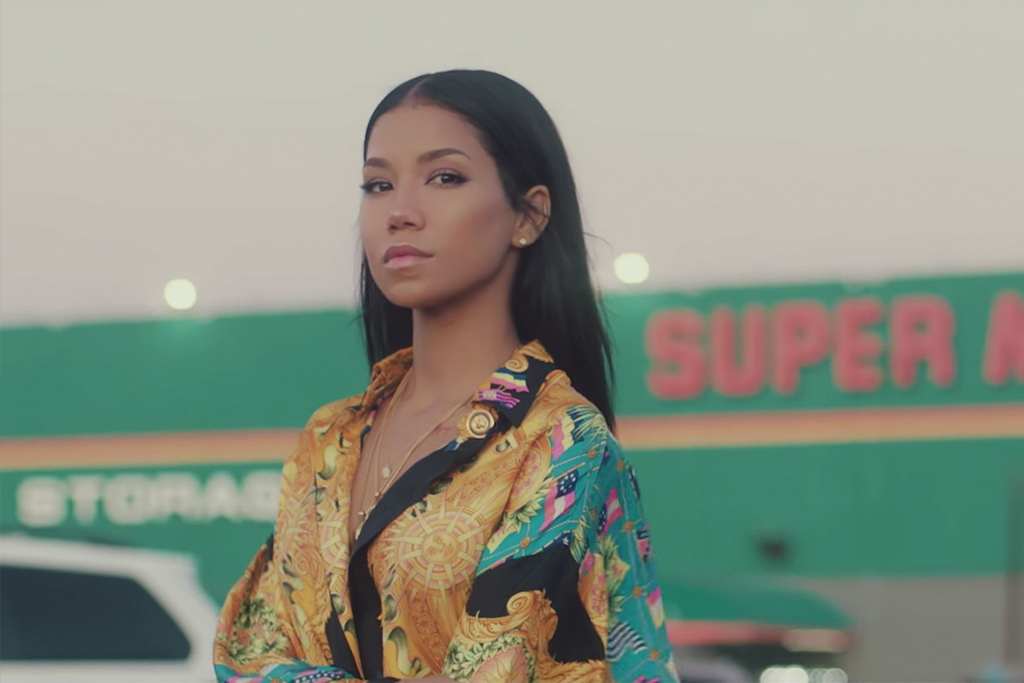 Jhené Aiko delivers a double dose of “Never Call Me” with two visuals for the Kurupt-assisted single from Trip.

The first of the visuals is a cinematic one. It features Aiko as Izanami no mikoto, Shinto goddess of creation and death. It includes a fantasy beachside burial for a “Fucc Boy” ex-lover, with dramatic scenes and epic aerial views.

“The funeral is for a man I knew personally,” she told Refinery29. She describes her ex as “a man who lost his way [and] played the victim in a situation where he surely was not.” She calls him a “liar and a cheater” who “lost his pride and integrity due to his deceptive ways and lack of understanding love.”

“This funeral is the funeral for his ego,” she added. “In this visual, I portray the goddess of creation and death, coming to collect his poor spirit and set it free.”

She also said the setting had another purpose. “I also wanted all the fucc boys out there to know that I come from a real-ass neighborhood,” she joked. “I have a bunch of shooters on my side in case they think about acting up.”