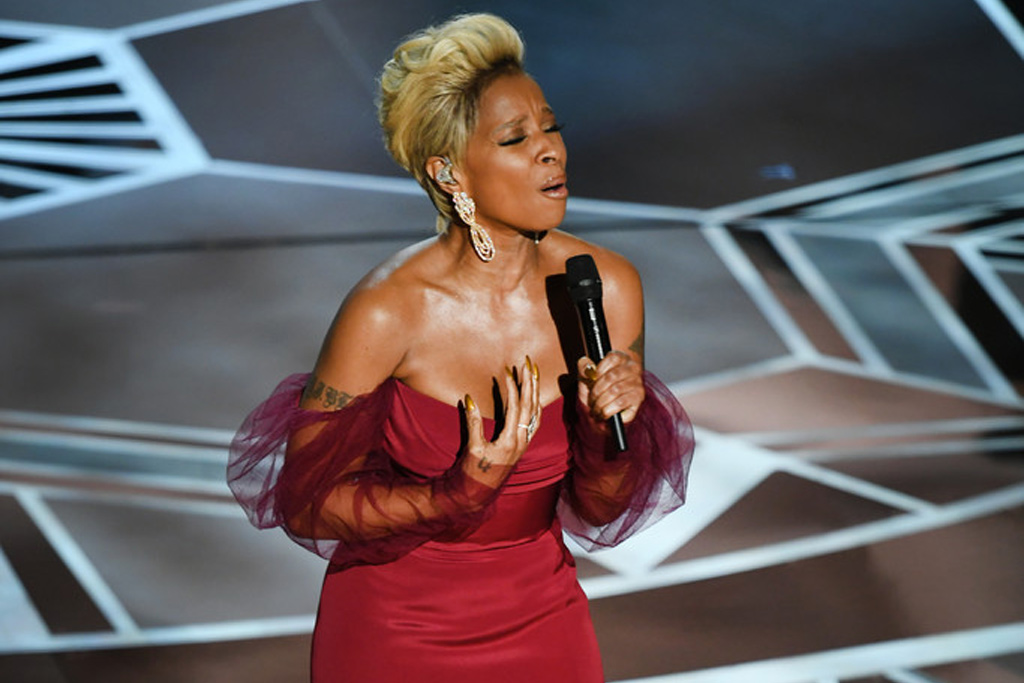 On Sunday night (March 4), the Queen of Hip Hop Soul delivered a thrilling and soul-serving performance of “Mighty River” at the Oscars. Taking the stage in a gorgeous red gown, Mary wowed the audience, many of whom gave her a standing ovation, with her performance of the Oscar-nominated original song off Mudbound.

Backed by a choir, the songstress belted out the heartfelt lyrics in front of large digital projection screens which displayed moving grey clouds with rain pouring down.

In addition to her performance, Blige was nominated for Best Actress in a Supporting Role and Best Original Song.

Watch her performance below.