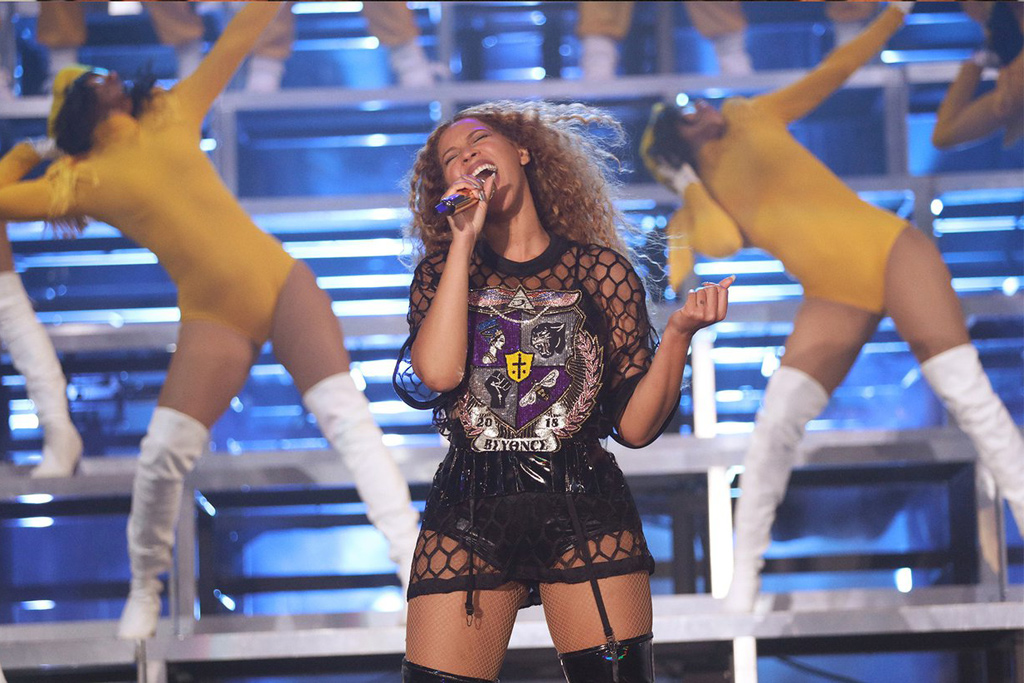 Approximately 458,000 viewers from around the world tuned into watch Queen Bey slay on YouTube, the most ever for a single Coachella performance since they started streaming the festival eight years ago. The two-hour extravaganza featured cameos from Destiny’s Child, JAY-Z, and Solange.

Overall, Yoncé helped Coachella have its biggest YouTube numbers of all time. This year, the fest earned 43.1 million views and streams from across the globe, the most of any live festival in YouTube history.

Mrs. Carter also gave Twitter traction. “Beychella” was reportedly mentioned about 2.2 million times on Twitter. The social media platform also included the highest tweets per minute near the end of her set, according to Billboard. This is all the more impressive since Beyoncé isn’t even an active Twitter user, with her last post coming in June of 2017.

Queen Bey is using the HBCU-inspired performance to do good. Following her show-stopping set, the philanthropist announced a $100,000 Homecoming Scholars Award program for HBCU students.

Beyoncé is back in Indio, Calif. this Saturday (April 21) for Weekend 2 of Coachella 2018.