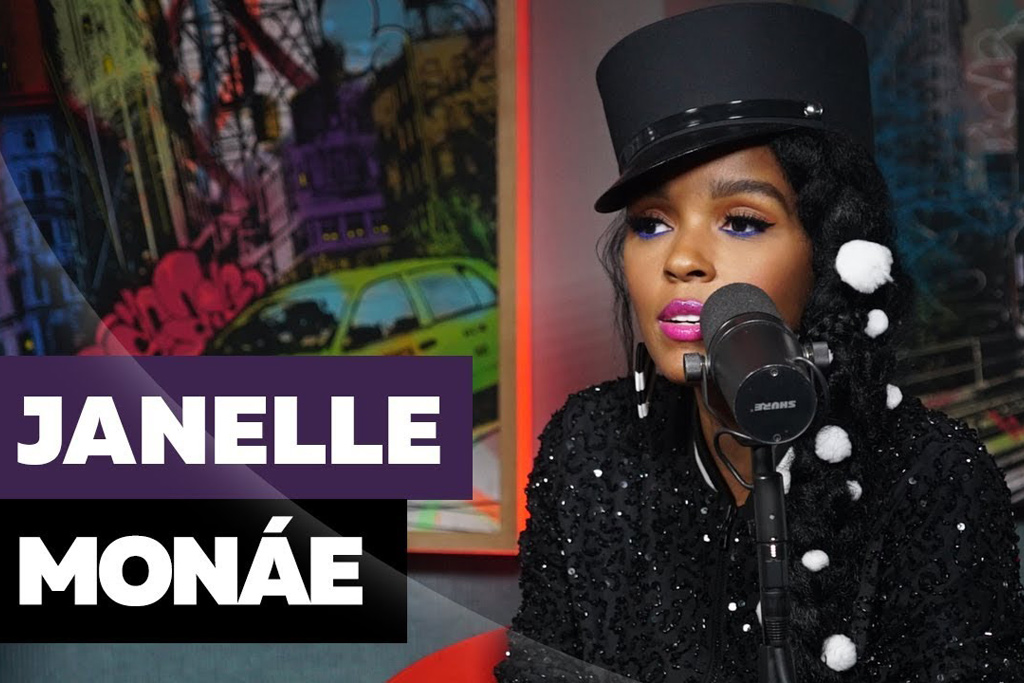 Janelle Monáe will release her anticipated third studio album and “emotion picture” Dirty Computer on Friday (April 27). So, it’s radio promo time for the incomparable performer and she hit up both Hot 97 and Power 105.1 in New York City on Wednesday for in-depth interviews.

Catching up with the Ebro in the Morning crew, minus Rosenberg, the singer discussed her upcoming album and accompanying short film of course. She also talks about the amount of sexuality in her new music, meeting Prince for the first time, Kanye West’s recent tweets, and much more.

On “The Breakfast Club,” Janelle opened up more about the concept behind her album and the title ‘Dirty Computer.’ She also spoke about the sexual nature of her “PYNK” video and the outfit she wore. They talked about Cardi B and asked her the hot topic of comparing Michael Jackson or Beyoncé. On deeper topics they discussed the women’s march, and the Grammy president’s comment saying “women need to step it up.”

Yesterday, Monáe announced her “Dirty Computer Tour,” which will run from June 11 through Aug. 4. She also released the video for “I Like That.”