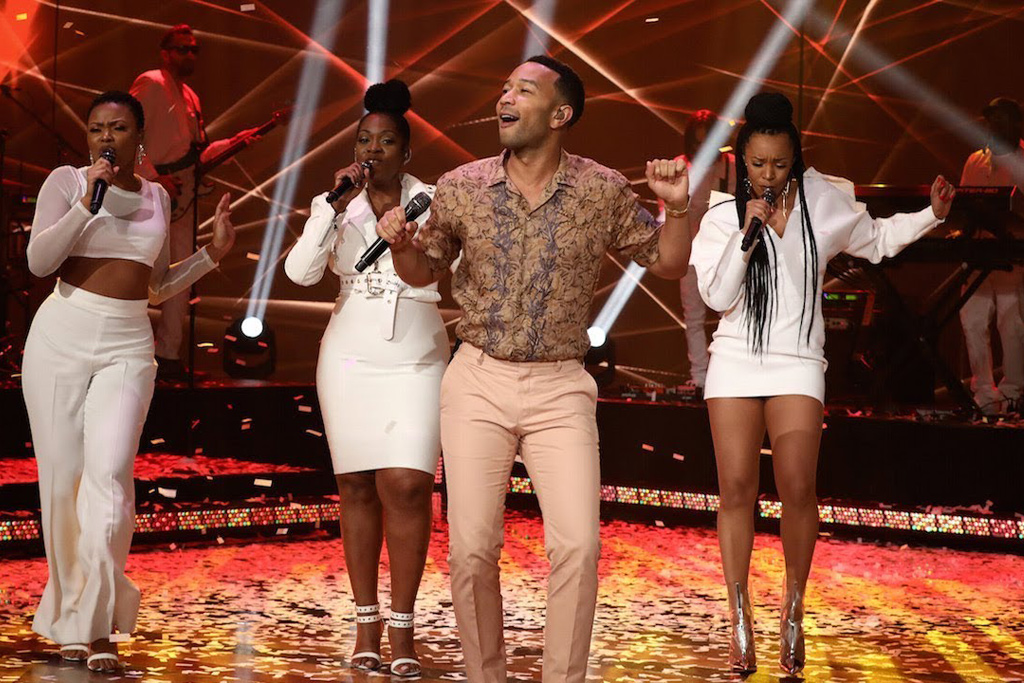 Halfway old-school style jam and international dance show performance, John took center stage supported by a full band of musicians and background singers. He strutted around to the track’s groovy production in lounge wear out of a yacht party, and had the studio audience clapping along.

“Everything is gonna be alright,” he sings. “I think I just met my wife / Yeah, I said it, I know it’s gonna be a good night.”

John previously explained that the song is about a chance encounter that could turn out to be true romance. “You go out and you just think you’re going out for a regular night, and you meet somebody that you really hit it off with,” he says. “You might be drunk, you might be feeling a certain way just in the moment, but maybe you just met your wife.”

The single is his first to follow 2016’s Darkness and Light album. He is currently working on his next studio LP, but he’s not sure if it will be released this year or next.