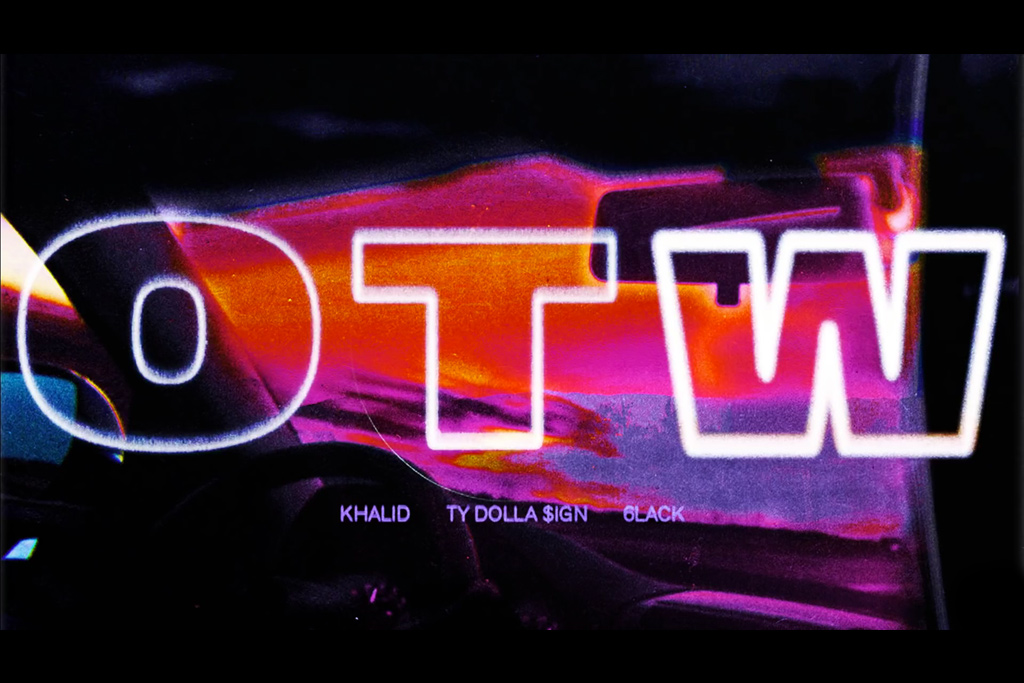 Khalid fans know that he is about to be back on tour. But, now he has some brand new music to give them! The 20-year-old singer-songwriter surprises today with a melodic collaboration featuring Ty Dolla $ign and 6LACK.

Titled, “OTW,” the track differences slightly from his past music, but still feels fitting for his signature croon. “Put it in drive, I’ll be outside, I’ll be on the way,” he sings on the hypnotic chorus. “You can meet me in five / I’ll be your night, I’ll be all day.”

Ty Dolla pulls up for the second verse offering some seductive harmonies for his lady. “Drop top the Porsche,” he sings. “Put that bitch in sport / Out here in the field, I’m already here / Come outside, lookin’ like a snack, hurry up get in.”

6LACK follows suit in his own fancy ride. “This a Porsche, not a ‘Vette,” he brags. “I confess, I’ma flex till they show some respect / Get away so we can make sense of your life / You was in park, but I just put your shit in drive.”

Listen to the brand new single below.