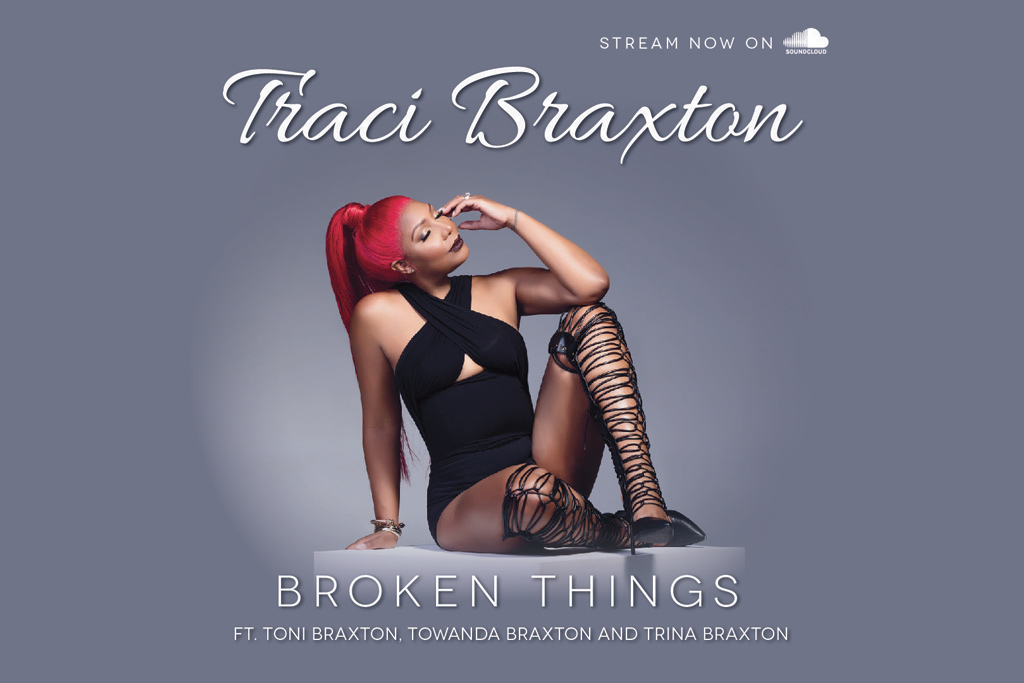 Toni Braxton may have removed her sisters Tamar and Traci from her upcoming tour, but that hasn’t stopped them from collaborating on music. During Thursday nights (April 19) episode of “Braxton Family Values,” Traci Braxton premiered her brand new single “Broken Things.”

The record features not only Toni, but Towanda and Trina as well. It is being labeled as an official buzz single off Traci’s upcoming sophomore album. While the record deals with repairing a troubled or lost love, there feels to be a similar need for repair in the sister’s relationships.

“Who can fix these broken things?” they sing in harmony on the chorus. “Who can put us back together now that we’re undone? / Now that we can’t remember how.”

Listen to the Braxton sister’s new collaboration below, and stay tuned for Traci’s official first single which is coming soon.