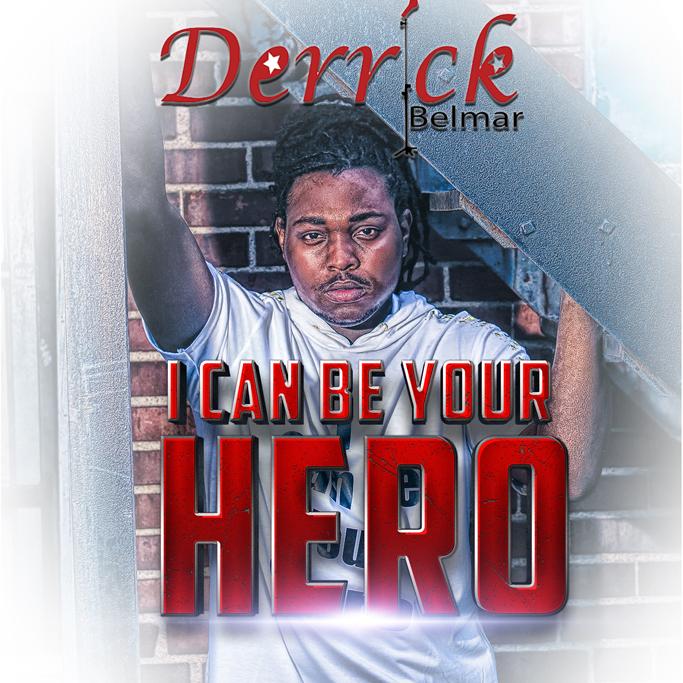 Indie artist Derrick Belmar delivers a strong, impassioned message on his brand new single “I Can Be Your Hero.”

At a young age, the Indianapolis native found his love for music in the church, but through many personal obstacles due to the pain of losing his parents, Derrick put his dreams of being a singer on hold. His inspiring story of finding his new path can be read in part below.

“By the age of 8 I wrote part of my first single “I Can Be Your Hero,” which was very impressive especially coming from an 8 year old,” says Derrick. “I then took opportunity’s to do talent shows which was a fun experience to finally be in that spotlight that I always wanted and loved. So by 2008 I got back to writing and I completed the entire song of my single and I was going to go and record it but it just wasn’t in Gods plan yet, so I put it down AGAIN for 10 years. Within those 10 years in 2010 me and my family found out my mother had lung cancer and she was in the last stage of it, which was heartbreaking. I was her caretaker for 2 months and in 2011 she passed away and by me going through all the heartbreak and heartache it really inspired me because I promised her, on her last days, that I was going to be a singer and she was going to tell everybody in heaven about her son.

Also in the year of 2011 I was my oldest sister caretaker due to her suffering from lupus for 5 years. Within the last months of 2011 we found out my father was diagnosed with bone cancer, 4 years later he passed away which also was very heartbreaking. So by 2015 I got into a depression mode I said I was done with music because I was very hurt and I felt that no one understood what I was going through and nobody would feel the pain I was feeling. Then one day I had a conversation with God that changed my life, ‘I said God why am I still here? I lost both of my parents I took care of everybody else and I just feel drained and tired,’ and guess what, God responded to me and he said, YOUR HERE TO SING can’t nobody sing like you. That’s my gift God gave it to you and from that day on my life has changed completely.”

Speaking further about his debut single, Derrick shares: “I’m just so proud to finally be releasing [“I Can Be Your Hero”] to the world. This is the title track off my album that I’m working on and should have out by the end of this year or early next year. This song grew up with me and it will always have a very special place in my heart because this is my very first song I’ve written and the very first song God gave to me.”

Take a listen to Derrick Belmar’s “I Can Be Your Hero” via Spotify below.