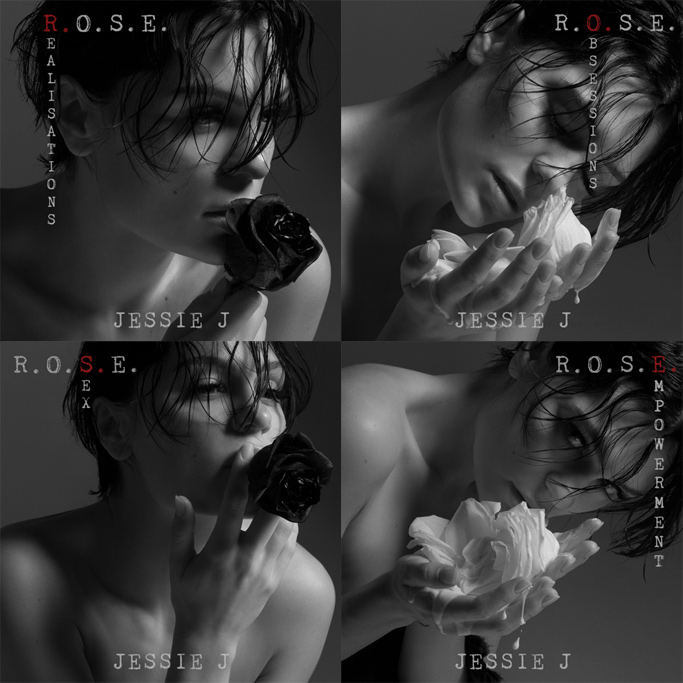 After months of fueling excitement and anticipation, Jessie J unveils an epic four-part rollout for her anxiously awaited fourth studio album R.O.S.E. Due out via LAVA/Republic Records, the schedule is as follows: R.O.S.E. (Realisations) out May 22, R.O.S.E (Obsessions) out May 23, R.O.S.E. (Sex) out May 24, and R.O.S.E. (Empowerment) out May 25.

“Its crazy that it’s been 4 years since I released new music,” Jessie says about the upcoming release. “I have done so much growing in the last few years. You can hear it in the music, the songs on R.O.S.E. are simply me singing my diary in a melody. I am so grateful and happy that anyone who has been waiting for this record in full will finally have it.”

Additionally, she has shared a poignant, inspiring, and powerful music video for her latest single “Queen.” On the track, her delivery practically chills, stretching from vulnerable verses into a seismic refrain befitting of its crucial message. The empowering lyrics, “I love my body, I love my skin, I am a goddess, I am a queen,” come to life on-screen in the video.

Commenting on the songs powerful message Jessie J says, “The song ‘Queen’ is so much bigger than me. The message it carries and the power the message has, has the potential to live on forever. I truly want as many women around the world to hear the song. To feel the lyric, to believe them, and to sing them OUT LOUD!! It was so important to me to have real women celebrated in the video. There is no better time than now to empower each other and lift each other up. I hope this video and song can help and remind any woman that she is beautiful and is a QUEEN. All women are QUEENS”

See the full R.O.S.E. tracklistings below.

R.O.S.E. (Realisations)
OH LORD (Interlude)
THINK ABOUT THAT
DOPAMINE
EASY ON ME