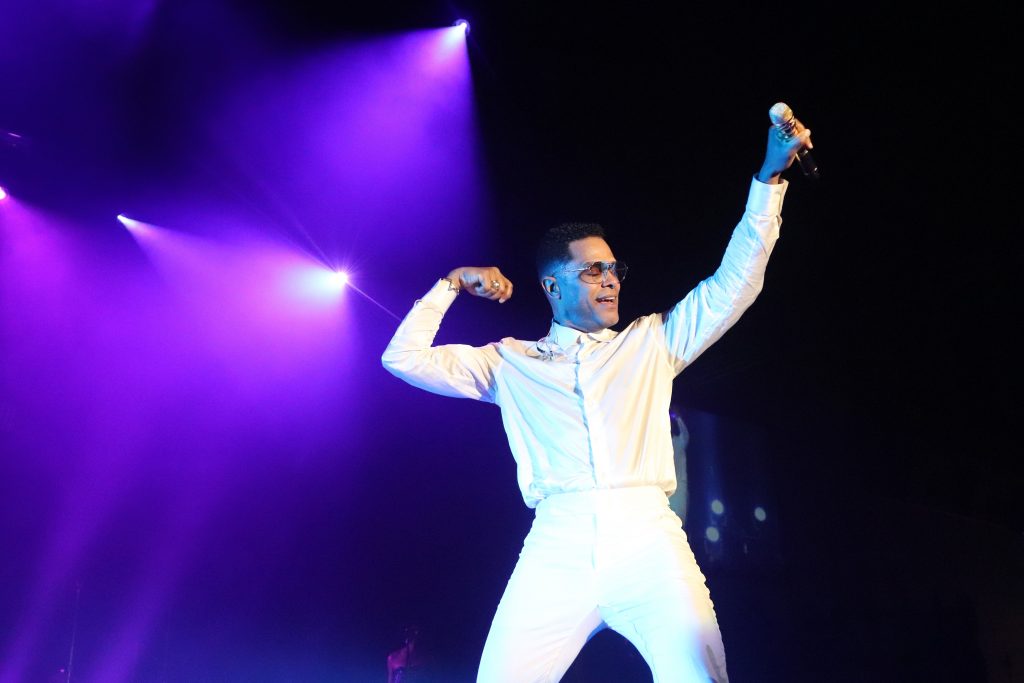 Headliners at the Mother’s Day Festival, which marked its 10th Mother’s Day weekend in Atlantic City last night, played in the middle of Boardwalk Hall, a cavernous arena that seats about 20K. This year, the festival’s headliners included R&B Stars Maxwell, Gladys Knight, Joe, along with Vivian Green and Stokley Williams, plus old school artists like The Whispers, The Dramatics, and more.

3x Grammy award winning artist Maxwell and Motown legend Gladys Knight shared the stage at the jam-packed arena. Maxwell performed his song “Fortunate” and dedicated it to the moms. Groups of mothers, were singing along with every word, closing their eyes and shaking their heads with feeling, even weeping a little bit with their arms around each other. It was a special kind of intimate bonding in action, the kind that comes from seeing the music you love the most, live, in the company of people you love.

Gladys Knight shared some encouraging words to all the mothers before performing “Best Thing That Ever Happened To Me.”  Vivian Green opened up the Mother’s Day festival, just a week after releasing “Vibes” the most added song on urban AC.

Festival founders Bill Ingram & Walt Reeder Jr. threw a party to celebrate its 10th anniversary. The men who put it together —who invented the large-scale music festival 10 years prior, meant it to be a one-off. Instead, it became an annual event. This year, the three-day affair attracted, over 26K people, 5K more than the year prior. Tourism leaders estimate the festival’s economic impact at about $8M.

From its advent, the festival, reportedly the largest annual Mothers Day Music Festival gathering in the U.S. has been about more than musical performances. Clothing, art and crafts vendors, as well as Community Corner tables that house health and wellness, political, cultural and educational information to the nonprofit, Advancing Families, are all a part of the festivities.

Nostalgia is still a huge part of the Mothers Day Festival. On Sunday afternoon, the festival hosted a large brunch that seated over 2,500 guest. The stage was devoted to prominent old school performers, The Whispers, The Dramatics, & The Intruders at Bally’s Hotel & Casino.

Drake Announces "Aubrey and the Three Amigos Tour" with Migos