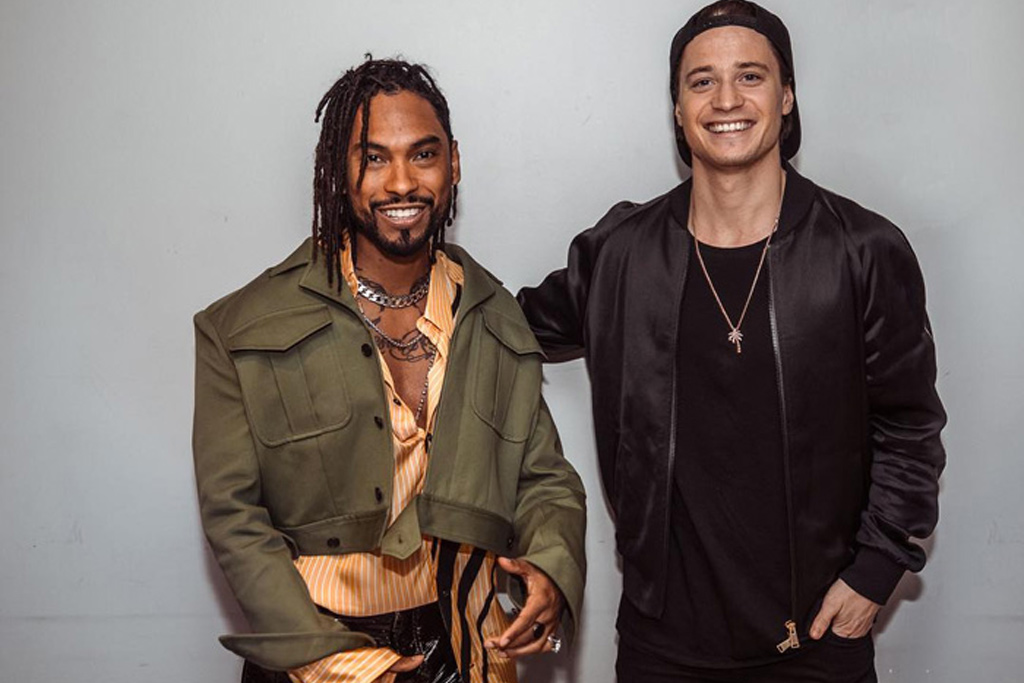 After performing “Come Through and Chill” earlier this month, Miguel brought the light show to late night with a performance of his Kygo collaboration “Remind Me to Forget” on “The Tonight Show starring Jimmy Fallon.”

Dressed in a cropped army green jacket, striped shirt, and shimmering black pants, the L.A. crooner stood alongside the Norwegian DJ in the middle of green laser beams, shaped like diamonds. As the beat kicked up, the lasers switched between blue and green while Kygo manned the MPC and Miguel turned up to the dance floor anthem.

Following the release of War & Leisure last year, Miguel is now working on a Spanish album.

Watch him light up late night below.