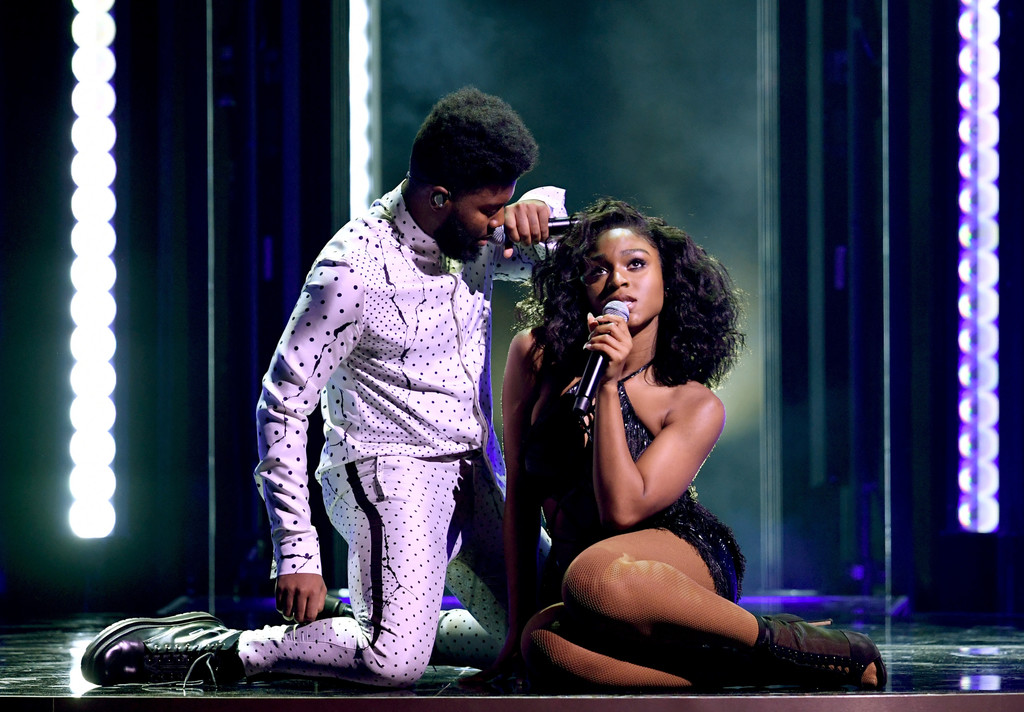 Khalid and Normani put on a fiery love-filled set in Sin City with their duet “Love Lies” at the Billboard Music Awards on Sunday (May 20).

The American Teen, who won Top New Artist earlier in the evening, kicked things off before the breakout Fifth Harmony songstress emerged in a sexy black fringe dress. Normani slayed with her fierce moves before sauntering towards Khalid to duet on their Love, Simon collaboration. The two showed off their chemistry before closing with a friendly embrace.

Khalid is currently on his “Roxy Tour” through June. Normani recently signed a deal with Keep Cool/RCA Records and is now readying her solo debut album.