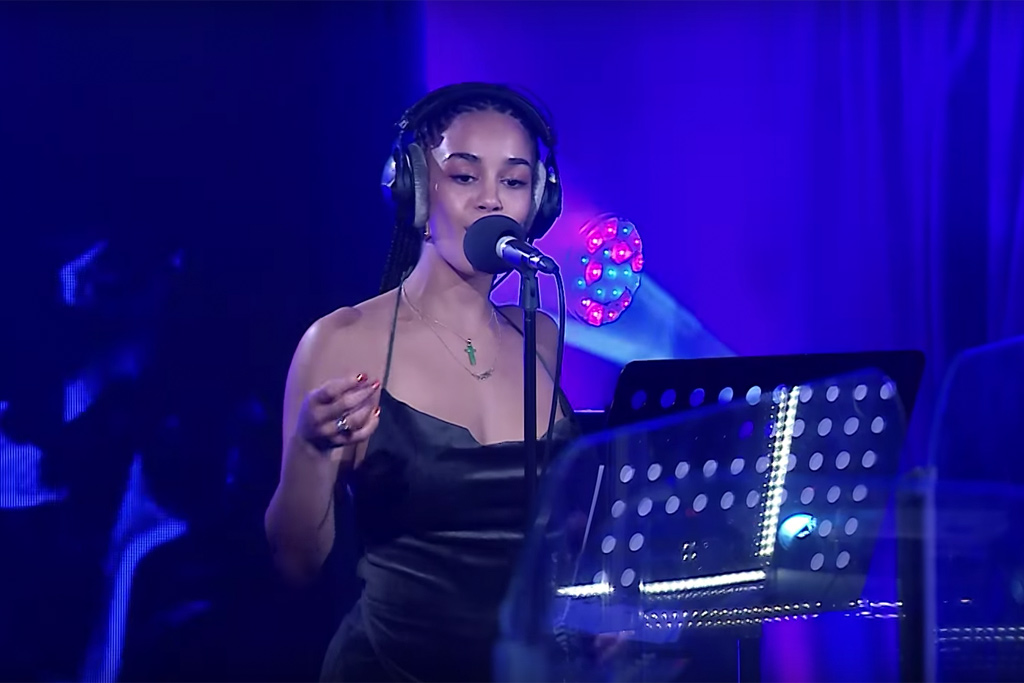 On the eve of her album release, Jorja Smith returned to BBC Radio 1Xtra’s “Live Lounge” for a stripped-down set. In addition to performing her own single “Blue Lights,” the British songstress thrilled with a mashup of Rihanna’s “Man Down” and Cardi B’s “Be Careful.”

Backed by her band, the 20-year-old put a jazzy spin on the 2010 Loud single, mixing it with Cardi’s Invasion of Privacy hit.

The Brit Critics’ Choice Award winner, who wrapped her third U.S. tour last month, is set to release her debut album Lost & Found on Friday. The project has already received a co-sign from Kendrick Lamar, who she collaborated with on “I Am” off the Black Panther soundtrack.

“I sent Kendrick my album and he liked it. I was happy,” Smith recently told Beats 1.

But don’t expect any features on the album. “No features on my first album. I thought, ‘Nah, just me,’” she said. “People probably are gonna expect me to have a Drake feature and Kendrick feature. Maybe Kali Uchis feature, too. Who else? Stormzy feature. Sorry! But what am I going to do for album two? I’ve got stuff to do.”

Listen: Dru Returns with New Single "A Girl Like You"