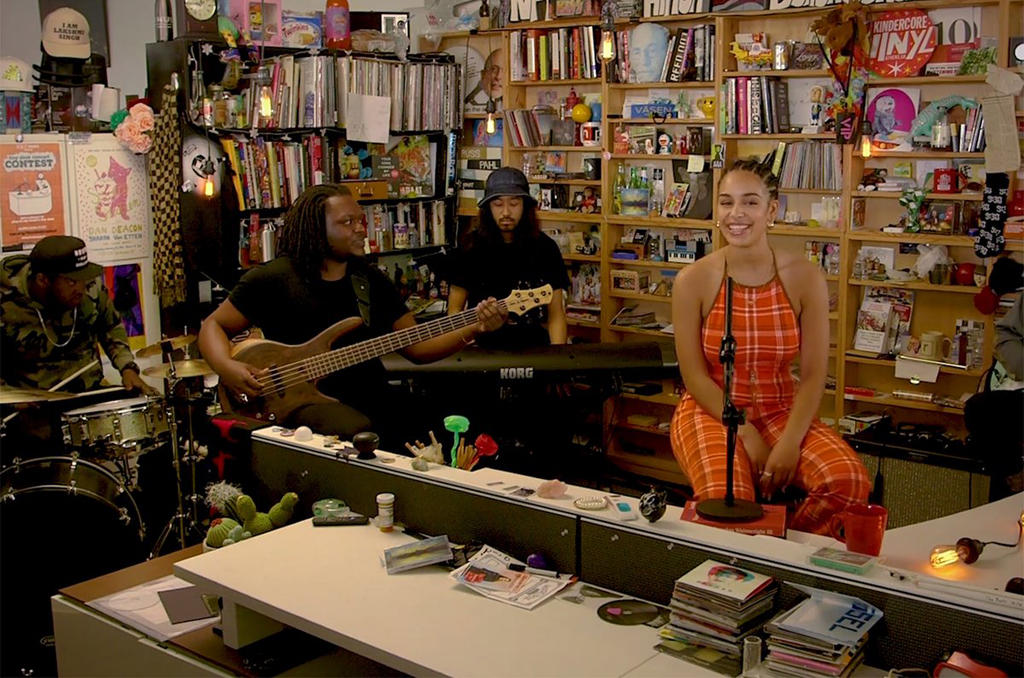 Prior to releasing her anticipated debut album Lost & Found, budding star Jorja Smith stopped by NPR’s home base in Washington, D.C. to film a performance for their infamous ‘Tiny Desk’ concert series. Smith, who just turned 21, was joined by 4 band members for the brilliant, jazzy set, which is now available and a must-watch.

“Even though the skies threatened rain and thunder, the overcast light lingering in our dimmed office space allowed the teardrop pendant lights, hung from the ceiling by her lighting team, to cast the desk in a warm, honey-hued glow,” writes Madden. “And while the nimble guitar strings and double-time drums of her supporting band was enough to dizzy the focus in the room, it was the U.K. singer’s slow, silky cadence that anchored the performance in tranquility.

As Smith worked her way up the scales to each high note in ‘On My Mind’ (a track usually sung over a reverberated garage beat) and ‘Teenage Fantasy’ (a ballad to love lost written when she was 16), there wasn’t an ounce of pressure evident in her face or body language. When she closed her eyes to deliver the rap verse of ‘Blue Lights,’ the anti-injustice song that first positioned her as a SoundCloud darling in 2016, a hush fell over the room in awe of her precision.”

Jorja continues to dazzle any audience she encounters, and her album is a stunning debut from the prodigious young songstress. Watch her ‘Tiny Desk’ performance below.

New Video: Mýa - You Got Me