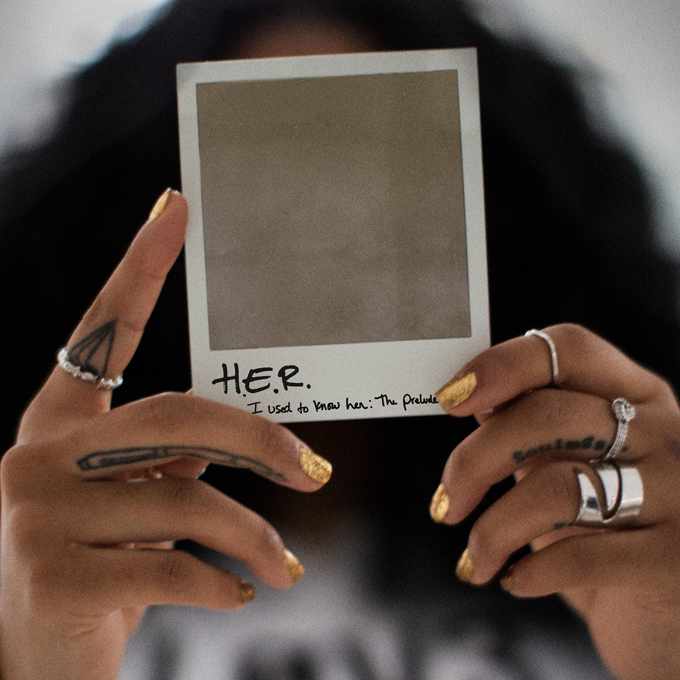 It’s H.E.R.‘s moment. The buzzing R&B songstress answers fans prayers and delivers her recently announced new musical offering. Prior to dropping her hotly-anticipated debut album, the singer/songwriter holds us over with the EP, I Used to Know Her: The Prelude.

The 6-track set opens with a Lauryn Hill inspired freestyle track titled “Lost Souls” featuring DJ Scratch, which pays homage to Hills classic “Lost Ones.” The remaining songs are more inline with H.E.R.’s highly-favored vulnerable songs and personal reflections. On “Against Me” she adds a deep spoken-word segment in the second half of the song. “All you do is lie / Word is bound right,” she asks. “But not with me, because I don’t know what it’s like / I’ll never understand the needs of a man or how to nurture.”

H.E.R. duets with Bryson Tiller on “Could’ve Been,” which details a failed relationship. Later, she brings more sensual vibes including “Feel A Way” and “As I Am.”

This summer, H.E.R. has been touring across North American with Chris Brown on his “Heartbreak on a Full Moon Tour,” which wraps Aug. 4 in Las Vegas.

Stream I Used to Know Her: The Prelude below.