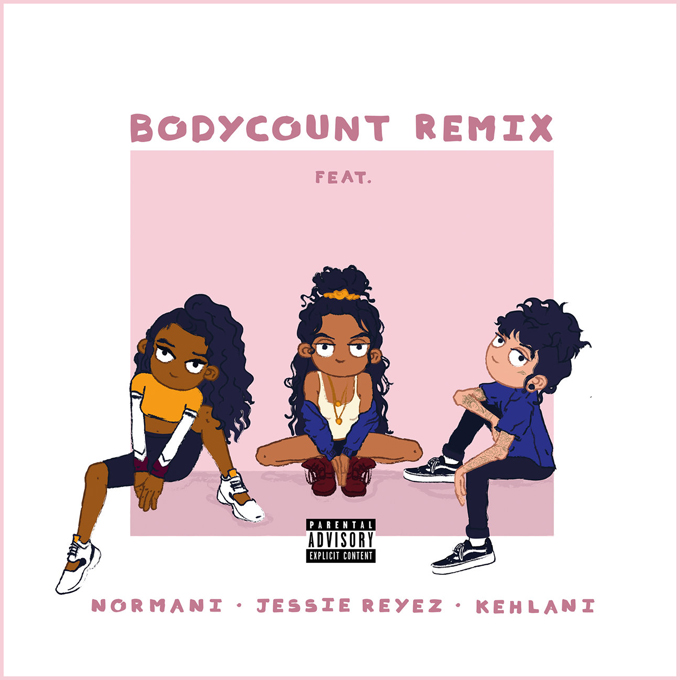 The R&B trio celebrates their sexual liberation, starting with Jessie. “I dodge dick on the daily,” she sings before Normani reps for the independent ladies. “You were birthed by a woman, show some fuckin’ respect / I like you much better when you shut up and get down on your knees.”

Kehlani flaunts her sexuality on her verse. “I dodge dick for some pussy / Something that we can agree on,” she sings. “Don’t tell me it’s a turn-on for you or maybe it bothers you / That you’re the only one left out of the equation.”

The “Body Count” remix is the latest release from Jessie, who has been dropping one song at a time from her upcoming project, Being Human in Public.