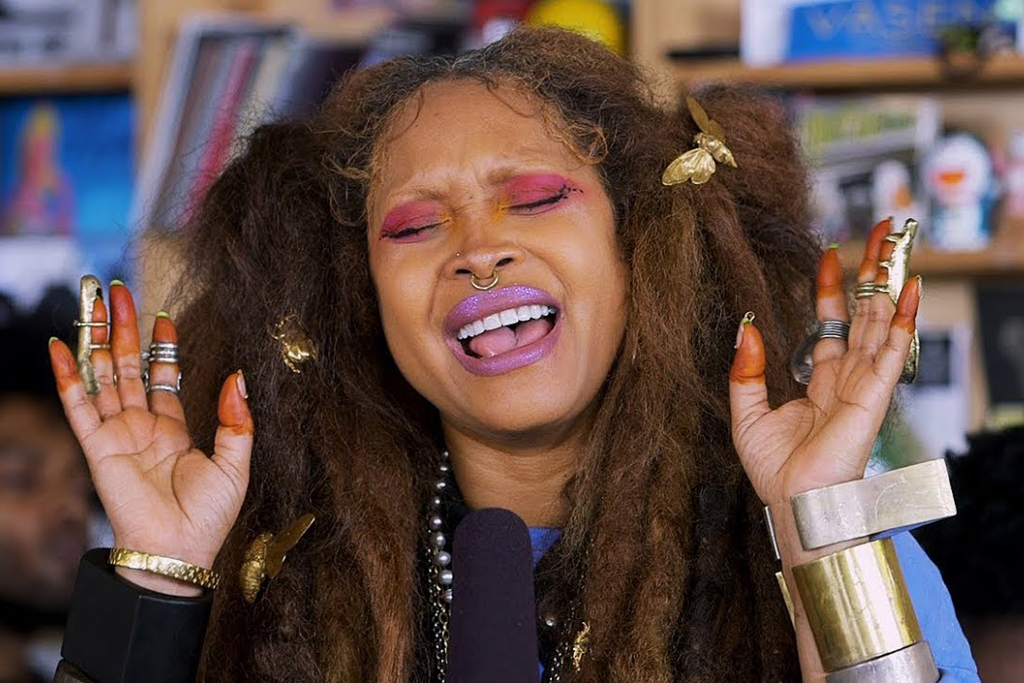 NPR’s ‘Tiny Desk’ concert series has been on such a wave this year! Featuring a long list of stunning performances from many of R&B’s greatest new voices, current heroes, and future legends. Their latest is another must-see, as they welcomed none-other than Erykah Badu at the Washington, D.C. office.

“Some folks around the NPR Music office said they felt an almost spiritual connection to Erykah Badu during her visit to the Tiny Desk. And that was before she and her band even played a single note. It came from the waft of earthly scents that followed in her wake, to the flowing dreads and clothes that hung on her like robes. After her self-introduction, which included a rundown of her spiritual and creative aliases, Badu rolled into one of her earliest musical calling cards, “Rimshot.” It’s an ode to the sound the percussionist makes when a drumstick is struck against the metal edge of the snare drum. On this performance, as on her 1997 album Baduizm, it becomes a device to play with time — stretching it, stopping it, suspending it. Propelled by jazz chords on the piano and the steady pulse of the acoustic bass, the playful performance unfolded in the tradition of the best bebop.

But the panoramic song “Green Eyes” is the centerpiece of Badu’s Tiny Desk performance. It’s wide-ranging in scope and musical arrangement and brilliantly executed by the jazz and hip-hop musicians in her backing band. The story of heartbreak is striking enough, but her interpretation showcases her formidable vocal skills. By the time it was over, we were all just as emotionally and spiritually spent as she was from the experience.”