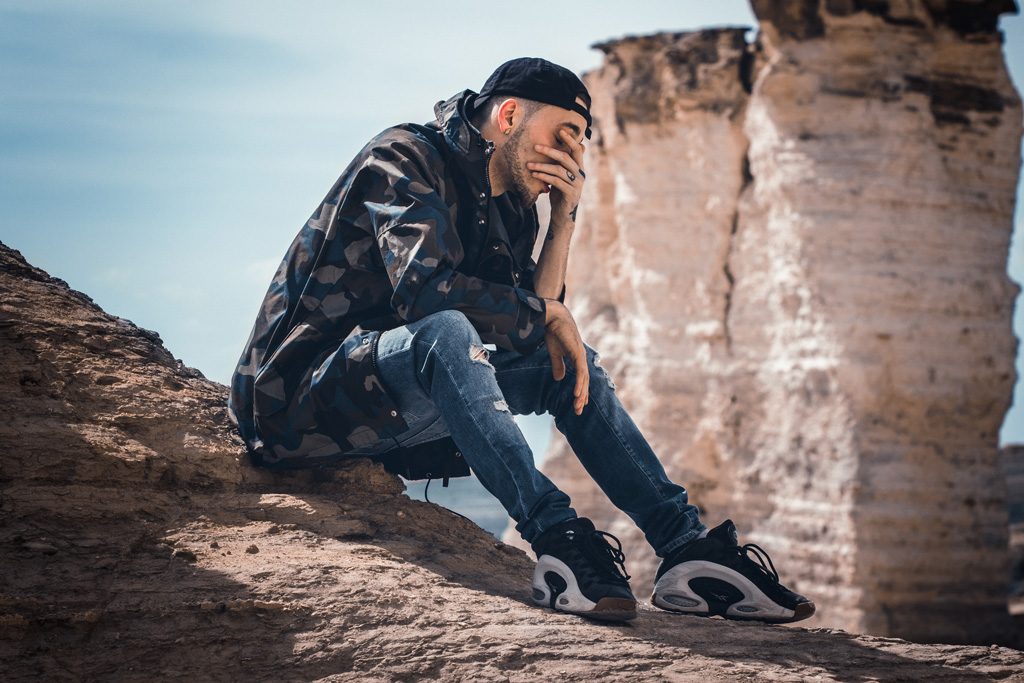 The year 2018 is shaping up to be the biggest year of Darrein STL‘s career. The East St. Louis artist has been paying his dues on Tech N9ne’s Strange Music and has spent the year dropping heat like “Blow It” and “My Bag.” From summer party anthems to tales of making it from the “Ground Up,” Darrein has showcased his skills as a singer, rapper and producer.

His latest offering is called “Livin﻿g Alone” and it offers listeners a much more in-depth look at the man behind the music. Set over a somber production, Darrein drops a heartfelt look into his world, from the moments he questioned his path and the people around him to his struggles with feeling alone and drinking to numb the pain.

The song comes with a powerful new visual, with Darrein alone in the middle of the desert with nothing but a bottle of tequila and his skills on the microphone to comfort him. “Livin﻿g Alone” is one of many new treats on the way from Darrein STL to close out the year.

Check out the single and video below.

Tamar Braxton Reveals She Was Molested as a Child